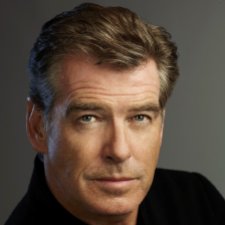 Former four-times 007 actor Pierce Brosnan has spoken about life after James Bond, praised Daniel Craig’s interpretation of the iconic spy, and confirmed that he may take a role in a new Expendables movie.

On the eve of the general cinema release of his new film drama A Long Way Down, Pierce was interviewed by showbiz writer Tim Teeman for the Entertainment section of The Daily Beast (2 July). The interview took place in a hotel suite in New York.

The discussion first of all touched upon the notably luke-warm reaction of critics to the new film, which is based on the novel by Nick Hornby and is about four people with suicidal tendencies who agree a pact to help each other overcome their problems.

Brosnan strongly defended the novel and the movie and, despite the poor reviews of A Long Way Down by the film critics, said he still had faith in the quality of the characters and their story: ‘I’m very confident Nick Hornby always gets it right as a writer’. Brosnan said he loved the film of the novel and felt it was an ‘uplifting’ story. He also made it clear that he had little time for the critics.

The actor, who is now 61 and spends his time between his homes in California and Hawaii, remains very busy as an actor and has no less than seven (or should that be 007?) movies in the pipeline. This includes the upcoming spy thriller The November Man, in which he plays a retired CIA agent, Peter Devereaux (code-name ‘November’), who returns to active duty to face up to someone he once trained. The movie promises plenty of gritty thrills, action and explosions, and used authentic Balkans locations, including Belgrade in Serbia. When asked about this new espionage movie, Brosnan said: ‘I think there’s been enough time between my James Bond and this… I thought it was worth investigating’.

The new movie, which is based on the best-selling novel There Are No Spies (1992) by Bill Granger, has been produced by Brosnan’s Irish Dreamtime production company. It will go on general release in the USA in late August, and will appear in European cinemas in November, 2014. It also stars former Bond woman Olga Kurylenko (Quantum of Solace). There are already plans in place for a possible sequel.

Interestingly, Pierce also confirmed that Sylvester Stallone had asked him to do a role in the next entry in The Expendables series, and he said he will do so, ‘if the script is good. It’s fun’.

Turning (perhaps inevitably) to James Bond, Teeman asked Brosnan whether he missed being Bond? Brosnan responded: ‘It was 10 years of my life, a decade of time in my career which was exhilarating and very rewarding, and it’s the gift that keeps giving, in the sense of “Once a Bond, always a Bond”. And it allows you to travel the world and enjoy life as this character’.

Brosnan said he had ‘great fun’ with Bond but: ‘I don’t miss it’. When asked whether there was a secret brotherhood of the Bonds, Brosnan explained: ‘I think there’s mutual respect and interconnectedness, but I don’t pick up the phone and speak to Sean. I’ve met him once in my life. Daniel is the one I had most rapport with, because we were ships passing. We sat and talked in the day before he entered the stage with his magnificent portrayal as Bond’.