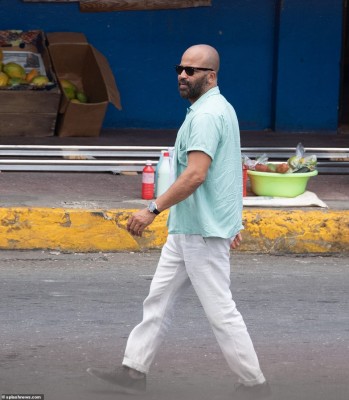 One of the great things to observe during the first week of filming for B25 in Jamaica was the return of James Bond’s CIA buddy Felix Leiter, played by Jeffrey Wright.

Leiter is a recurring character in the Ian Fleming books and has also appeared in a number of the EON 007 movies.

Wright first played Leiter in Casino Royale (2006) and returned for Quantum of Solace (2008) and, as we already know from some interesting teaser details released by EON at the launch event at Goldeneye villa, the new film will see Leiter arrive in Jamaica to persuade his old friend James Bond to return to active duty.

It will be a key role in the early stages of the movie. The part also has firm roots in Fleming.

Bond and the ‘Special Relationship’

007 creator Ian Fleming witnessed the close intelligence and military relationship that had developed between the UK and USA as wartime Allies against Germany and Japan, and he had also offered some advice to the Office of Strategic Services (OSS, which later morphed into the CIA) on the future of intelligence issues during peacetime. Although relations post-war between the two countries were less close, Fleming was keen to have a close Anglo-American intelligence relationship on display in his espionage thrillers, and this was personified in the creation of CIA agent Leiter. Fleming, of course, was also fascinated by U.S. life and culture.

The original character as invented by Ian Fleming first appeared in the Bond author’s first 007 novel Casino Royale, and his name was said to have originated in Fleming ‘borrowing’ from two of his friends: ‘Felix’ was the middle name of his close friend Ivor Bryce (who had first introduced Fleming to the delights of Jamaica), and ‘Leiter’ was the surname of Marion Oates Leiter Charles (known as ‘Oatsie’), who was the then wife of Thomas Leiter.

The Leiters had a house in Jamaica, and Oatsie became a close friend to the Bond author. As an American from the South, she also later introduced Fleming to the Senator J.F. Kennedy, the future U.S. President, who was already something of a fan of the 007 novels. The character of Leiter, as conceived by Fleming, appeared in five of the Fleming novels, his last appearance being in the 007 creator’s final full Bond book The Man With the Golden Gun.

On the big screen, the CIA agent was first played by Jack Lord (of Hawai Five-O TV series fame) in Dr. No. However, when the character was re-introduced for the screenplay of Goldfinger, Lord is said to have demanded greater prominence and a much larger fee, so the part was re-cast and given to Cec Linder. Rik Van Nutter played the role in Thunderball, while Norman Burton played Leiter in Diamonds Are Forever.

When the late Roger Moore made his debut as 007 in Live and Let Die, Moore suggested his close friend David Hedison be awarded the role and, much to the delight of fans, Hedison was able to reprise his role some years later opposite Timothy Dalton in Licence to Kill (the role had been played by John Terry in Dalton’s first 007 adventure The Living Daylights). The character of Leiter also appeared in Sean Connery’s unofficial Bond movie Never Say Never Again, played by the late African-American actor Bernie Casey.

Along with Hedison, Jeffrey Wright is the only actor to have played Leiter twice, and now – with B25 and his third appearance in the role – he will have set a new record. Welcome back, Mr. Leiter – James Bond had been expecting you. 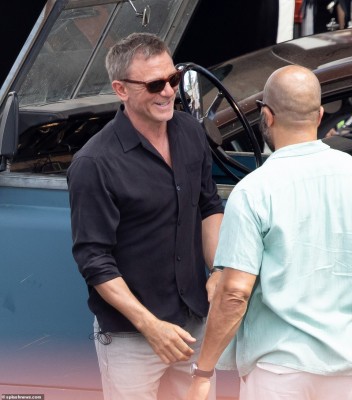