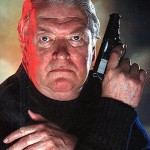 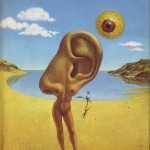 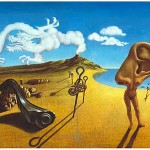 Sir Kingsley William Amis, CBE (16 April 1922 – 22 October 1995) was an English novelist, poet, critic, and teacher. He wrote more than 20 novels, six volumes of poetry, a memoir, various short stories, radio and television scripts, along with works of social and literary criticism.  He was the father of English novelist Martin Amis.

In 2008, The Times ranked Kingsley Amis ninth on their list of the 50 greatest British writers since 1945.

Amis became associated with Ian Fleming’s James Bond novels, which he greatly admired, in the late 1960s, when he began composing critical works connected with the fictional spy, either under a pseudonym or uncredited. In 1965, he wrote the popular The James Bond Dossier under his own name. That same year, he wrote The Book of Bond, or, Every Man His Own 007, a tongue-in-cheek how-to manual about being a sophisticated spy, under the pseudonym “Lt Col. William (‘Bill’) Tanner”, Tanner being M’s Chief of Staff in many of Fleming’s Bond novels. In 1968 Amis wrote Colonel Sun, which was published under the pseudonym “Robert Markham”.