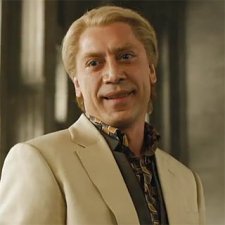 Award-winning actor Javier Bardem, who plays the sinister Bond villain Raoul Silva in ‘Skyfall’, was interviewed in the weekend magazine of the British newspaper The Guardian on October 13, and revealed that he had been offered parts in the EON franchise before.

The interview was conducted by Emma Brockes of the Guardian in a London hotel, as part of a special ‘Skyfall’ day for the British media, where journalists were also shown short clips from the new Bond film in a viewing theatre in Soho.

The 43-year old Spanish actor talked about both his role as the new 007 baddie and about his acting career generally. After a career that has included the ruthless killer Anton Chigurh in ‘No Country For Old Men’ and now Bond’s nemesis Raoul Silva in the 23rd 007 movie, Brockes asked Bardem whether he finds himself sinister? ‘Every time I wake up’, he replied, laughing loudly. ‘I look in the mirror to brush my teeth and it’s very sinister. Ugh, look at that nose; look at those eyes. Ugh, my tone of voice’.

Brockes noted that Bardem’s casual self-mockery makes him seem a very European kind of actor, away from the worst narcissism of his profession. Bardem lives in Madrid with his famous actress wife Penelope Cruz and, when he is not acting, he helps run a bar with his sister. He apparently calls flying to Los Angeles ‘going to the office’ and tries to stay out of Hollywood as much as possible.

According to Brockes, being hired for the new Bond movie was a big deal for Bardem, ‘even though he’d been offered parts in previous films in the franchise’. This time, however, the confluence of a good script and Sam Mendes as the director had persuaded him to say yes.

The clips shown to journalists in a 3-minute showreel were mostly scenes with Judi Dench as ‘M’, and Bardem commented that appearing in scenes with Dame Judi was like standing in front of a water cannon: ‘When she opens her mouth and looks you in the eyes, you’re like, “Wow! This is a big deal”. You feel a force of nature against your chest’.

Bardem also said there was a scene in the movie in which he appeared with both Dench and Daniel Craig: ‘And I looked at them both and forgot the lines. There was a silence and Sam said, “Cut, what’s wrong?” And I said, “I’m sorry, man, I just realised I’m in a James Bond movie and M and James Bond are looking at me’.

At another point in the interview, Bardem was asked about how he manages to do such a good psychopath. He responded that it’s a question of going back in your mind to when you’ve felt ‘murderous rage’, as everyone has, and just drawing it out. He said that this was the ‘fun part’ of his job – emotional tourism. He added that it was about getting ‘out of yourself for a little while’, and seeing the world through different eyes.