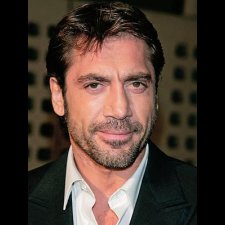 Award-winning Spanish actor Javier Bardem, who played 007’s devious adversary Raoul Silva in Skyfall, has said he remains ‘very proud’ of the movie. Bardem was interviewed for the new December issue of the UK’s popular movie magazine Total Film, which has just gone on sale in Britain.

The wide-ranging interview was designed to tie in with Bardem’s new thriller The Counsellor, directed by Ridley Scott. It covered this latest role, as well as his upcoming role in The Gunman, and also looked back on his past movie career, including (of course) his highly-praised role opposite Daniel Craig in the 23rd James Bond movie. Bardem also revealed some details about the first time he saw Skyfall, accompanied by his wife, Penelope Cruz.

It is astonishing to think that it is now one year since Skyfall hit our screens, but Bardem was still very happy to talk about his participation in the movie. At one point in the interview, Bardem was asked about Moonraker (the first Bond movie he ever saw) and about how he was enthralled by the baddie, Jaws. Did Silva compare?

Bardem replied: ‘I’m very proud of Skyfall. I think it’s a great movie. The first time I saw it, I was in London shooting The Counsellor and Sam (Mendes) called me and put on a private screening in a huge, beautiful, amazing theatre at Pinewood. It was just my wife and I, watching a James Bond movie. Of course I was nervous – who wants to see himself? – but I liked the movie very much. I called Sam and said, “I think it’s a great movie. Not just a great James Bond movie, but a great movie”‘.

And does Silva possess the impact of Jaws? Bardem responded: ‘I can’t put myself in the category of Jaws because, for me, Jaws is a legend. He’s a guy that I saw when I was six or seven, with my father. I was mesmerised. For me, he will always be the best’.

Reflecting on his past roles as a baddie, including in Skyfall, Bardem also said: ‘You can’t be more villain than playing the villain in James Bond. But even if you play that, you don’t have to play it in a way that’s only that. That’s why I was attracted to Silva. I felt it was way more. You have to find a way to bring your own thing into it’.

Bardem’s new movie The Counsellor, which co-stars Michael Fassbender, Brad Pitt, Cameron Diaz, and Penelope Cruz, sees Bardem playing a character called Reiner, a drug trafficker with a taste for loud shirts but also an air of menace. Referring to the script for the movie, Bardem told Total Film: ‘I was totally taken by it. Great material for an actor to work with’.

In its review of The Counsellor in the same issue, Total Film calls the new movie an ‘absorbing thriller’ that favours vivid characters and has ‘uniformly strong’ performances.

The Counsellor opens in the UK on November 15. The new issue of Total Film (no. 213, December, 2013), containing the Javier Bardem interview, is available to buy now, priced £3.99.