‘I Love Being Bond’: new interview with Craig 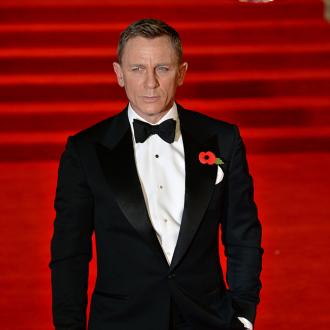 James Bond star Daniel Craig, who recently completed principal photography on the 25th 007 movie, No Time To Die, has given a new interview where he reflects on his latest role as a detective and also offers some thoughts on his time as Bond.

The new interview, published in the Sunday Times ‘Culture’ magazine (3rd November), was conducted by Jonathan Dean, who last spoke to Craig in 2014 for Spectre. It appeared to be conducted towards the end of Craig’s work on the new 007 film. One big feature of the interview concerned Craig’s role in Knives Out, the new comedy murder mystery where he plays a suave and tweedy detective from Louisiana called Benoit Blanc, a part he clearly thoroughly enjoyed.

He said if he had been offered more parts like this in the last 15 years, he would have done them: ‘I’ve been begging for people to offer me roles like this…’.

Concerning his latest turn as James Bond, Craig appeared to confirm this would indeed be his last time as Fleming’s secret agent: ‘This may be hard to believe, but I love the fact I’m Bond. We’re in rare air, making Bond movies. It is one of the most intense, fulfilling things I’ve ever done, but it takes a lot of energy and I’m getting old. I’m getting creaky. And so what I do outside of that has got to be really good’.

When quizzed about the hiring of Phoebe Waller-Bridge as a writer on the new Bond, Craig confirmed that it was his idea to get her involved, and said that she was ‘just brilliant’. He explained: ‘I had my eye on her ever since the first Fleabag [TV series], and then I saw Killing Eve and what she did with that and just wanted her voice. It is so unique – we are very privileged to have her on board’. He added: ‘She has been asked many times about what she is going to do, and her answer is that we’re not really going to change anything. He’s James Bond. But, of course, it’s a different angle to come at…’. Craig also emphasised that Waller-Bridge is one of ‘the best English writers around’.

When questioned about what he might do for the rest of his career, Craig said he had ‘no serious plans’, but did confirm that he may return to the stage at some point: ‘No hard and fast plans, but definitely. The great thing about a play in New York is that I’m at home’.

Finally, when asked what will he miss most about Bond, Craig responded quietly: ‘I’ll miss my friends. I’ve worked with many of these people for 15 years now, and that will be a real jar. I’ll see them again, but this is a special atmosphere, on a Bond set’.

The full interview was published in the ‘Culture’ magazine of the Sunday Times, which also carried an image of Craig on the front cover as Benoit Blanc. The newspaper itself also carried a short summary of the interview in its main news pages.

Farewell, Mr. Bond: Cary Fukunaga and Daniel Craig pose on set during the last evening of main filming for ‘No Time to Die’.