The recent screening of the third Sean Connery James Bond movie Goldfinger by the UK’s ITV-4 channel (on 21st July) drew appreciative comments by reviewers in the weekly TV listings in British newspapers, and one critic was full of praise for the movie’s now-iconic ‘Fort Knox’ interiors, designed by the brilliant and now very sadly-missed set designer Sir Ken Adam.

This key sequence in the film, of course, was in turn rooted in the elaborate scheme set out in Ian Fleming’s original novel, but ‘adapted’ and tweaked for the purposes of the movie.

But where did 007 author Ian Fleming gain his inspiration for the raid on Fort Knox in his best-selling novel? There have been a number of fascinating articles over the years on this aspect of both the original Fleming novel (1959) and the subsequent movie (1964), including speculation about the sheer logistics of trying to steal such a large amount of the precious metal from America’s high security gold vault (the basis of Fleming’s novel).

The veteran scriptwriter Richard Maibaum solved this conundrum in the EON movie version by having Auric Goldfinger (played so memorably by Gert Frobe) plant a small ‘dirty’ atomic device in the vaults of Fort Knox instead; the ‘man who loved gold’ thus hoped to render the large supply of gold stored at Fort Knox highly radioactive and effectively useless for many years, driving up the value of his own personal wealth and causing disruption to the American economy. Needless to say, James Bond thwarted this.

After the movie received its world premiere on 17th September, 1964, a number of the subsequent reviews argued that Maibaum’s ‘tweak’ to Fleming’s original Fort Knox plotline actually improved the Bond author’s concept and made more sense.

In 2009, some research by a historian raised an interesting question about where Ian Fleming possibly gained his idea from for the daring plot at the heart of his novel. Did the Bond creator draw his inspiration from his knowledge of a real-life plot to blow up the Bank of England in central London? This was the intriguing and controversial thesis put forward by historian Dr. Andrew Cook, and it formed the basis of a British Channel-5 TV documentary that was screened in July, 2009, narrated (very appropriately) by Honor ‘Pussy Galore’ Blackman.

Cook also contributed a tie-in article on his research to the British espionage magazine Eyespy, entitled ‘The Real Goldfinger’. Not all historians have accepted Cook’s arguments, but his claims still provide interesting food for thought for Bond aficionados. Although the JBIFC has covered this before, it is an appropriate moment to revisit his theories.

What was Dr. Cook’s evidence? Documents discovered by Cook, who is a specialist in intelligence history, indicated that Ian Fleming’s Fort Knox plot may have been based on the 007 author’s knowledge of a real-life plot by German intelligence agents to blow up the Bank of England back in 1914, and thereby disrupt the British economy. Fortunately, the dastardly plot, which was led by the German Kaiser’s favourite spymaster Gustav Steinhauer (1870-1930), was foiled by the Secret Service Bureau, the predecessor of both MI5 (the Security Service) and MI6 (the Secret Service).

The Bureau had been set up in 1909, consisting of a ‘domestic’ section (the forerunner to MI5) and a foreign section (the forerunner to MI6). The Bureau also included a ‘Special Section’, with just eleven men, which was solely devoted to monitoring German spies, and was run by former Metropolitan Police ‘Special Branch’ chief Sir William Melville (who, interestingly, was known as ‘M’).

Melville (1850-1918) had been a highly successful Special Branch Inspector during his career, helping to fight Irish nationalist terrorism and also plots by anarchists in Britain. His plain-clothes duties had also included guarding Queen Victoria, and he had later been the King’s personal bodyguard. After 32 years of police service, he had retired from the Police Special Branch in 1903. However, he had not really retired; in reality, he had been secretly recruited into a new section of the War Office, designated ‘MO3’ (later redesignated ‘MO5’). In 1909, this section had been absorbed by the new Secret Service Bureau, and became the ‘Special Section’.

This clue led Melville to arrange to have a mail intercept placed on all the correspondence of ‘F. Reimers’, a known alias of spymaster Gustav Steinhauer. The intercepted contents of the letters, in turn, led Melville to a German barber’s shop located on the Caledonian Road in London which, it emerged, was being used as a ‘letter-box’ by Steinhauer to send secret communications to his network of German spies in England. The barber shop was placed under close observation and all the mail was secretly intercepted, opened, read by Melville’s agents, carefully re-sealed, and then sent on as normal. According to a 3-page memorandum written by one of Melville’s assistants, and discovered by Andrew Cook, this was how ‘M’ came to learn about a German plot to wreck the British economy by targeting the nation’s main Bank in London.

The sense of urgency became acute for Melville and his ‘Special Section’ operatives. At first, they thought that the Germans might be planning to steal all the gold in the Bank of England. However, after further investigation of the heavy security measures operated by the Bank, Melville decided this was impossible. Instead, he realised the Germans were planning something more devious: the placing of high explosives in a former London Underground train tunnel which ran under the Bank. ‘M’ initiated extensive searches of the tunnel system to ruin any possibility of the German plot going ahead.

While this verdict is possibly exaggerated, there is no doubt that such a plan – had it succeeded – would have dealt a major blow to British confidence in the opening year of the First World War. Britain had initially been very successful at undermining and rounding up Germany’s rather amateurish spy network in the first few months of the war, a ‘network’ which had not posed as big a threat as had been feared. Had the Bank plot succeeded, however, this would certainly have raised some awkward questions about the competence of the Secret Service Bureau in the eyes of its political masters in Whitehall.

For His Eyes Only: The Fleming Connection

Where does 007 author Ian Fleming enter into this story? As his main biographers have revealed, Fleming worked for the British Admiralty’s Naval Intelligence Department (‘NID’) during the Second World War, and it is more than likely that the highly imaginative future thriller writer, who had access to many secret ‘Eyes Only’ files during the course of his NID work, came across some information about the Bank of England plot, and this fired his curiosity. It is well-known by his biographers that Fleming used many ideas in his later post-war James Bond novels that were inspired by the extensive intelligence-related knowledge he had picked up during his wartime desk duties. 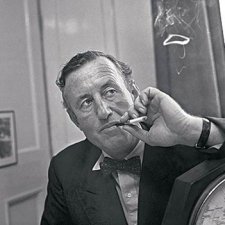 Ironically, the plot used in the EON film version of Goldfinger, which (as noted earlier) differed in a key way from Fleming’s ‘steal the gold’ plot concept, actually tied in more closely to the real-life 1914 plot. If Fleming had lived to see Goldfinger on the big screen (he died just weeks before it was premiered), and assuming he was aware of the 1914 plot, we feel sure he would have appreciated this historical similarity.

There is another fascinating aspect to all this: Fleming’s main biographers have tended to disagree about where the Bond author actually gained the idea for ‘M’ from. Was it from his knowledge about Melville, or was it from Maxwell Knight, another British spymaster (who has recently been the subject of a new biography by Henry Hemming)? Or, much more likely, was ‘M’ based on Admiral Godfrey, Fleming’s own boss at NID? We will never really know for sure. Although the balance of probability remains in favour of Godfrey as the main model for Bond’s boss, William Melville remains, however, an interesting candidate.

In May, 2016, when two-times Bond director Sam Mendes was interviewed at the Hay Literary Festival, he touched briefly on future possible film projects for his TV and movie company Neal Street productions (which is based in Covent Garden, in London). One project he said he was particularly excited about was The Bureau, a telemovie or TV series about the early origins of the British Secret Service Bureau. 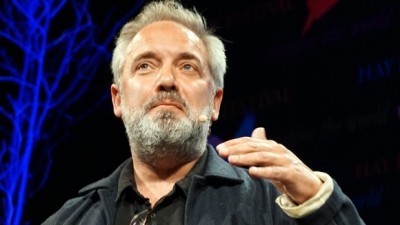