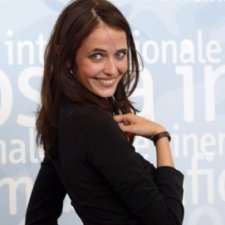 A report in the British press has revealed that Eva Green, who played Vesper opposite Daniel Craig’s 007 in Casino Royale, has been given a key role in the new gothic-style TV drama series written by Skyfall co-writer John Logan, and backed by Bond 23 director Sam Mendes.

In late 2012 some brief details emerged on the new TV series, and last January the JBIFC reported that Deadline.com had added more information to this when it revealed that the Skyfall co-writer Logan and director Mendes were linking up with ‘Showtime’ (the pay cable network behind the recent smash-hit TV series Homeland) to make an (at that point) untitled TV series set in the Nineteenth century, described as a ‘psychological horror drama series’.

It had emerged that Logan and Mendes would be executive producers, along with Pippa Harris, who is Mendes’s partner at Neal Street Productions. Mendes was said to have pitched the concept for the Victorian horror drama to cable networks in the USA in Novemeber, 2012, using a spec written by Logan.

According to some fresh details in the Baz Bamiboye showbiz column in the UK’s Daily Mail (August 2), the new series now has the title Penny Dreadful, and Green will play the heroine, a ‘troubled soul’ at the heart of the story. The drama series is also said to have a psycho-sexual dimension to it.

Set in Victorian London in 1891, the supernatural series will apparently focus on the classic horror figures Frankenstein’s monster, the vampire Count Dracula, and the infamous ‘dual personality’ figure of Dr. Jekyll/Mr. Hyde, who all link up with Green’s character, the enigmatic heroine Vanessa Ives. There is also a role for Josh Hartnett, who will play Ethan Edwards, a dashing man of action and the sole American character in the series, who has been touring in a show about the Wild West, but gets involved with Ives and her gothic companions.

Bamigboye also told his Daily Mail readers that Logan, once he had linked up with Mendes and Norris, began doing his research by physically walking around some of Victorian London’s classic locations, such as the Shad Thames area in east London and the famous Highgate Cemetery in north London. Logan said he wanted to get a feel for the city of Frankenstein author Mary Shelley, Dracula author Bram Stoker and Dr. Jekyll author Robert Louis Stevenson. He also pointed to Oscar Wilde’s haunting story The Picture of Dorian Gray as another influence on his writing for the new TV series.

Logan added that he hoped the new series will make viewers jump out of their skins: ‘We’re going to go “boo!” in a way we hope people haven’t experienced’, he said.

Although five roles still remain to be cast, the high-quality production values that will be on offer in the new series are indicated by the fact that the highly-respected Jonathan McKinstry, of the TV series The Borgias (2011-12), will be production designer, and Oscar-winning Italian costume designer Gabriella Pescucci will design the costumes. Pescucci also worked on The Borgias, and her other credits include Van Helsing (2004) and Beowulf (2007).

Shooting on the new 8-part TV series will commence in October, 2013, at locations in the UK, including London, and Juan Antonio Bayonna will direct the first two episodes. John Logan, of course, has also been working on the screenplay for Bond 24, which will be directed by Sam Mendes.