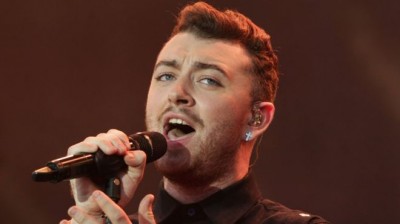 In an excellent boost for the upcoming new James Bond film, due for its exciting World Premiere in London later this month, the theme song to SPECTRE, titled Writing’s on the Wall, sung by Sam Smith, has gone straight to the top of the British music sales charts during the first week of its release.

Sam Smith has expressed both his surprise and delight at the fantastic news, telling BBC Radio-1 that, out of all the songs he’s brought out in his life, ‘I was not expecting this to even chart in the top 10, let alone Number One. It’s unbelievable’. The song was co-written with Jimmy Naples, who previously worked with Sam on his smash-hit song Stay With Me.

Commenting on the news on his own Facebook site, the 23-year old British singer said in a message to his army of fans: ‘I feel like I’m in a dream. To have the honour to do Bond is one thing, but to get the first ever NUMBER ONE for a Bond song is another!! Thank you all who played and purchased Writing’s on the Wall this week. I think it’s safe to say now, you like it hahahaha’.

The news comes just after Sam had posted a 16-second clip on his website and announced that the official video for the 007 song would be released on Monday 5th October. The night before the brief clip was posted, he had also performed for U.S. viewers of The Late Show with James Corden, alongside his longstanding collaborators ‘Disclosure’ (brothers Howard and Guy Lawrence, who also produced the SPECTRE theme song).

The strength of Sam Smith’s astonishing achievement should be measured in light of how some previous Bond theme songs performed in the British music charts. Adele’s acclaimed theme song for Skyfall peaked at Number Two, as did Duran-Duran’s A View To A Kill, while Madonna’s Die Another Day theme song reached Number Three.

A-Ha’s The Living Daylights reached Number 5, while You Know My Name by Chris Cornell (written for Casino Royale), reached Number Seven, a position which was also reached by Nobody Does It Better (the theme song to The Spy Who Loved Me, sung by Carly Simon).

Sam Smith recorded the theme song to SPECTRE earlier this year, in January, but was sworn to secrecy.

Interestingly, it is the first Bond theme song recorded by a British male solo artist since Tom Jones’s Thunderball in 1965. The only artist to sing more than one Bond theme song remains Dame Shirley Bassey (Goldfinger, Diamonds Are Forever, and Moonraker).

The JBIFC offers our congratulations to Sam Smith. It’s a Bond Golden High! 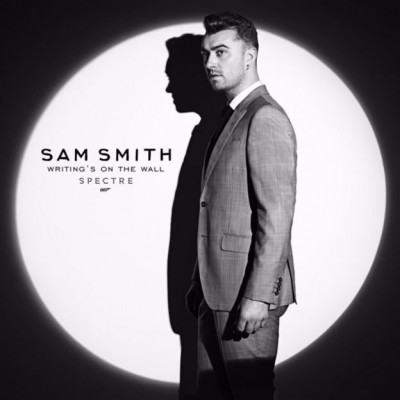