Golden Fun: Looking Back on Lee 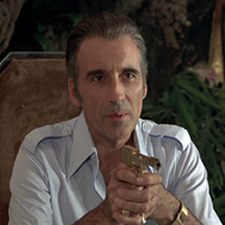 Fans of the Hammer Horror and Bond film actor Christopher Lee were given a very golden treat by BBC-4 in the UK on Sunday 22nd May when the channel devoted an evening to commemorate the later actor’s birth a century ago. Lee, of course, is particularly special to 007 aficionados because he played Francisco Scaramanga in Roger Moore’s second Bond adventure The Man With The Golden Gun (1974) and was also related in real life to 007 creator Ian Fleming.

The evening kicked off with a welcome repeat of Christopher Lee: Talking Pictures, a programme first shown in 2015 (the year Lee sadly passed away). Through a number of rare archive TV interviews, the programme saw Lee discuss some of the iconic performances that defined his long and varied career, including his roles in the Lord of the Rings trilogy and, of course, his memorable contributions as Count Dracula to the Hammer Horror films. He also talked about his love of his favorite film, The Wicker Man (which now has cult status), and reflected on his step-cousin Ian Fleming (while handling a replica of the famous Golden Gun used by Scaramanga!).

The Talking Pictures special was then followed by a screening of The Ash Tree, a fireside ghost story that Lee read on Boxing Day in the year 2000, in the guise of its author M.R. James. To be frank, a ghost story from Lee was enough to scare the living daylights out of most people! This was followed by a screening of the movie Horror Express (1972), a really entertaining chiller set on the Trans-Siberian Railway in the early 20th century, which also starred his famous fellow screen actor Peter Cushing. Interestingly, this movie also starred Telly Savalas, who, of course, played Blofeld in On Her Majesty’s Secret Service (1969).

Had the cards of fate fallen slighty differently, the first Bond movie Dr. No (1962) could possibly have seen Lee as Julius No instead of Joseph Wiseman. Ian Fleming was a big golf enthusiast and sometimes his golfing partner was his step-cousin Chistopher Lee. According to Lee, when they enaged in chat while playing golf, Fleming raised the possibility of Lee being a candidate for the screen role of Dr. No. 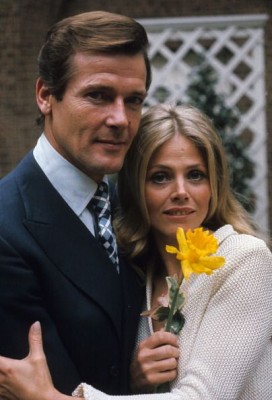