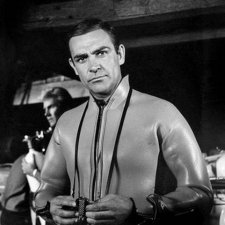 Now pay attention, 007. A relatively rare transcript of an interview with Sean Connery can give us some interesting insights into how the first James Bond star viewed the challenges of being Ian Fleming’s 007 and how the EON franchise helped pioneer the use of radio marketing for major films during the early 1960s.

As part of our own contribution to the 60th anniversary of James Bond in the cinema, the JBIFC has been comparing the recent marketing campaign for No Time To Die in the USA with similar campaigns back in the 1960s, and the continuities and changes in how the actors playing 007 were placed at the heart of these campaigns.

Quick interviews, easy on the ear and with a ‘personal’ touch, were increasingly used by the studios to help grab the attention of radio listeners and raise awareness and anticipation about the latest 007 movie. The JBIFC recently came across one such interview again in our archives. The interview was first published in the Club’s 007 magazine (no.9, December 1981). We thought a new generation of fans might enjoy reading it again.

The brief interview (known in the trade as an ‘open ended’ interview) was conducted with Sean Connery in 1964/5 and was put on to vinyl LP record (and sometimes also on to reel-to-reel tape), and was sent to local radio Stations across the various States of America. The radio Station would play the record and a gap would come before Connery’s reply, so enabling the presenter or D.J. of that Station to pose questions and sound as if they had recently conducted an interview with Connery especially for that radio Station. It was all part of the increasingly sophisticated way that United Artists (UA) marketed the James Bond movies in the USA in the 1960s, and gives some important insights into how UA helped build Sean Connery into an international star who, at the same time, retained a very down-to-earth persona. Enjoy… 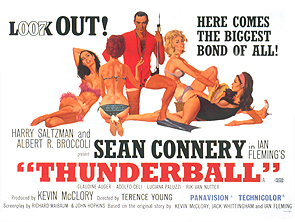