From Spain With Love? 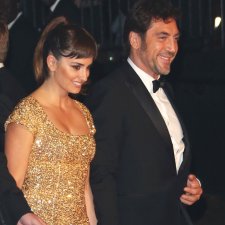 Rumours in the British media over the weekend pointed to the intriguing possibility that Spanish actress Penelope Cruz could be a candidate for a role in James Bond movie no.24.

According to a short report by showbiz journalist Caroline Graham, writing for the Mail On Sunday and Mailonline (June 2), Cruz is being wooed by the 007 producers and discussions have taken place already. The inevitable un-named ‘source’, who was claimed in the article to be ‘close to the production’, apparently told the Mail: ‘The producers have tried to get Penelope before, but she has never been available because of other commitments’.

The ‘source’ also claimed: ‘The discussions have been going on for some time and they are working out the contract details now’.

As many Bond fans know, Penelope, who turns 40 in April, 2014, is an award-winning actress with considerable Hollywood experience and international appeal. She is also the wife of Skyfall actor Javier Bardem, who she married in a private ceremony in the Bahamas in July, 2010. She is currently expecting their second child.

Interestingly, the London Metro newspaper today (June 3) also carried some comments that Cruz has previously made where she said that she had always dreamed of being a Bond girl: ‘Ever since Diana Rigg’, she said. ‘I loved her role, so strong and powerful’.

Cruz may also be receptive to taking a part in a 007 movie after the very positive experience that her husband had on Skyfall, where he was full of praise for Daniel Craig and Sam Mendes. During the production of Skyfall at Pinewood, she often joined her husband for dining out at restaurants in London.

Make of these latest rumours what you will. It must be stressed that nothing has been officially confirmed. Moreover, we have reached that point in the Bond movie franchise cycle where all sorts of claims about casting for the next 007 adventure will appear in the media, who are always eager for Bond news.

However, a part for Cruz would certainly create lots of frenzied anticipation about what that role might entail.