From Rome With Love? 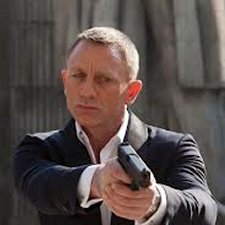 Some dramatic news has emerged that the beautiful Italian capital city of Rome could see some important location shooting for the next Daniel Craig 007 adventure, which will be no.24 in the EON series.

According to media reports in Italy, the recently appointed President of the Rome and Lazio Film Commission, Luciano Sovena, has said that Bond 24 will possibly make use of locations in Rome later this year, subject to city authority approval and the associated paperwork being sorted out.

Sovena expressed enthusiasm at the prospect of Bond 24 using Rome and commented to journalists: ‘I met the producers of the Bond series, Barbara Broccoli and Michael G. Wilson, and we discussed the project. One of the key scenes, among the most spectacular in the film, will be a car chase in Via Quattro Fontane [the Four Fountains]. I’m already excited. I hope that the City streamlines the procedures for the granting of permits, [as] it would be a shame to miss this great opportunity because of the bureaucracy’.

Sovena added: ‘Hosting the blockbuster Bond franchise is part of the strategy of Lazio Film Commission. It intends to attract large foreign productions in the region and encourage independent Italian filmmaking. Our region has all the requirements, environmental and professional, to become the most sought after locations of the [Bond] movie’.

The Rome and Lazio Film Commission, which was founded in 2007, and covers the Municipality of Rome, the Provinces and the Lazio Region, was created to encourage national and foreign filmmakers to invest in Rome and the surrounding general areas, and thus boost local economic and cultural activity, including tourism. The Commission is also keen to raise Rome’s international profile.

The news about a possible Rome location for Bond 24 means that Italy can be added to a number of countries apparently being considered by the filmmakers, including Morocco, Austria and Switzerland. The JBIFC understands that film recce scouts have also checked out some locations in London.

There are also some interesting (but unconfirmed) indications that the Bond 24 storyline will include some wintry scenes set in a north Scandinavian country, with 007 lying low for a while after a failed mission.

There must be one or two secret Bond fans working at the Rome and Lazio Film Commission. In 2012 it helped promote the film Noi Non Siamo Come James Bond (We’re nothing like James Bond), a kind of ‘road movie’ directed by Mario Balsamo and released in 2013. It is the charming story of two 50-year old men who are close friends and have known each other for years, and who look back on their lives, going as far back as when they were younger men in their twenties.

They also strongly admire Sean Connery and his suave 007 tuxedo image and, at one point, hatch an improbable plan to try and meet their hero and ask him the secret of immortality. They are helped in their task by a tip from the first Italian Bond girl, Daniela Bianchi (who, in a very rare appearance, is played by … Daniela Bianchi!).

The two men end up on a beach wearing Bond-style tuxedos and waiting for a phone call from the great man himself. But Sir Sean’s answer is (unsurprisingly) ‘sorry chaps’.