From Paris With Love? 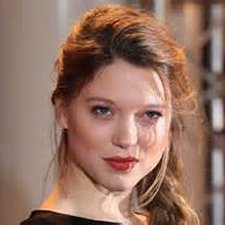 The UK’s Daily Mail newspaper has claimed that the award-winning French actress Lea Seydoux has been signed to play a femme fatale in the new James Bond movie, which will be no.24 in the smash-hit 007 film series.

According to the showbiz gossip columnist Baz Bamigboye (October 10), the new Bond adventure, which will be helmed once again by Sam Mendes and which starts main shooting in just six weeks time, will have the Paris-based actress meet the other main stars for a pre-production script rehearsal in late November.

Before then, Ms. Seydoux will undergo a series of costume, make-up and camera tests so that Mendes and the film’s producers can determine her distinctive ‘look’ for the new movie. Bamigboye also suggested that the original idea to have a Scandinavian actress play the role has now been dropped and the script specially re-written to accommodate Seydoux’s French nationality.

If true (there has been no official confirmation yet), Seydoux would be a fascinating casting choice. She has been in numerous French-language films and has shown clear on-screen presence in her wide-ranging career, including captivating a panel of film judges at the 2009 Cannes Film Festival for her striking performance in The Beautiful Person (2008), which gained her a nomination for the Cesar Award for Most Promising Actress.

Since then, the 29-year old actress has increased her international profile by taking roles in movies such as Inglourious Basterds (2009), Robin Hood (2010), Midnight in Paris (2011), and Mission Impossible 4: Ghost Protocol (2011).

More recently, she had a tremendous impact on film critics with her acclaimed performance in Blue is the Warmest Colour (2013), a French romantic drama. This movie won the Palme d’Or at the 2013 Cannes Film Festival (the Festival’s highest honour), and was also nominated for a Golden Globe Award for Best Foreign Language Film, together with a prestigious BAFTA Award for Best Film not in the English Language.

Interestingly, Ms. Seydoux has already worked (in a sense) with one of the Bond ‘team’: she had a role in The Grand Budapest Hotel (2014), which starred Ralph Fiennes, who took over as ‘M’ in Skyfall and will reprise the role in Bond 24. In many ways, especially given her recent impact in both arthouse and more commercial films, and with her evident acting promise for the future, Seydoux is just the kind of actress Sam Mendes likes to work with.

Meanwhile, pre-production work on Bond 24 continues apace, including at Pinewood Studios, and abroad in Austria and Italy. The Austrian media has reported that work is nearly completed on a large construction in Obertilliach, the beautiful village location in the Austrian Alpine area. Carpenters and other production crew have put up a notably large building or house, which apparently will be either seriously damaged or even obliterated as a result of an aircraft crash.

In Italy, where some key car-chase sequences will be shot in Rome, EON have now set up a ‘B24’ Production Office, and there has been some evidence of further preparatory liaison with local Town Hall officials.

The JBIFC also understands that a further key casting decision has now been made, but (as per any good espionage secret), this remains under wraps and completely hush-hush for now. Watch this space.