From Batman to Bond? Nolan in Talks 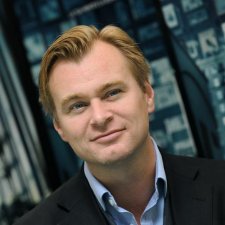 According to some interesting reports today (May 17), Christopher Nolan, the director of the recent Batman trilogy, has emerged as a possible candidate for director of James Bond movie no.24.

Many of the reports are based on a piece by the British showbiz journalist Baz Bamigboye in his celebrity gossip column in the UK’s Daily Mail  newspaper (May 17), entitled ‘Dark Knight to rise for next Bond?’

Bamiboye claimed in the Mail that Nolan has been approached to direct the next Bond movie, and informal talks have been held between Nolan, his representatives, and the EON producers, Barbara Broccoli and Michael G. Wilson.

Bamigboye commented that Nolan would be ‘a cool choice’ after Sam Mendes decided not to direct Bond 24. He also wrote in the Mail that it would be fascinating to see a film-maker of Nolan’s standing ‘build on what Mendes and the 007 gang has already done with Bond’.

Bamigboye has a fairly good track record on breaking Bond news stories, although he was confidently predicting for quite a few weeks that Sam Mendes would direct Bond 24. But the possibility of Chris Nolan helming Bond 24 would make much financial and creative sense for EON, would please MGM, and would put a big Bond enthusiast in charge of the next movie, ensuring some creative continuity between Mendes and Nolan concerning the further evolution of James Bond. Moreover, Nolan has considerable experience at handling blockbuster movies.

Chris Nolan has stated in a number of past interviews that the 007 movies have been a particular influence on his own film work. In September, 2010, for example, while he was working on pre-production for the third Batman movie, he told one interviewer: ‘I’ve loved the Bond films since I was a kid. For me, they’re always about the expansiveness of cinema. The first Bond films set up infinite possibilities about the world they create. I’d love to do a Bond movie’.

Similarly, speaking at an ‘Evening with’ event in New York as recently as November, 2012, Nolan again acknowledged that James Bond has influenced his work, and he revealed that one of the first movies he ever saw was The Spy Who Loved Me (1977).

Meanwhile, news has emerged that Bond producer Barbara Broccoli has cast the award-winning British star Damian Lewis, who played Nicholas Brody in the TV drama Homeland, opposite Andrea Riseborough in The Silent Storm, a new romantic drama which will be shot in Scotland this summer.

EON is teaming up with WestEnd and Neon Film to produce the new movie, and it has been promoted around the circuit at the May 2013 Cannes Film Festival. A source told the JBIFC that location scouts have been looking at places in Scotland that could double up for a remote Scottish island, which forms an essential backdrop to the story.

Following up this news, the London Evening Standard  spoke to Broccoli at the ‘Women For Women’ International Gala, held on the evening of May 16, and, at one point, mischievously asked her whether she would consider casting Lewis as 007? According to the Standard, the EON producer said: ‘I won’t answer that. Daniel Craig is Bond. There’s a full stop at the end of that sentence’.

Lewis is married to Helen McCrory, who played the British MP Clair Dowar in Skyfall. A third series of Homeland, the gritty drama about the CIA and terrorism, is in the pipeline.