From a View to a B25 Thrill 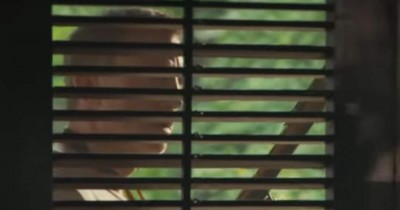 From a view to a new thrill! Following on from some great publicity generated from the recent Royal visit to the B25 set at Pinewood, 007 aficionados have been given another welcome treat.

Bond fans have been given their first official and tantalising glimpses of B25 in production in Jamaica, with the release a special B25 behind-the-scenes video.

Entitled On Set With Bond 25: Jamaica, the video was released on Twitter and soon became essential viewing across the globe. With opening scenes showing a helicopter and a small plane flying against a backdrop of a sumptuous deep orange sky, it is already evident that the quality of cinematography in B25 will prove to be really excellent. A reggae soundtrack also accompanies the new video. 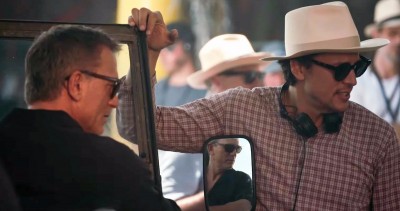 There are also some great shots of Daniel Craig in conversation with director Cary Fukunaga on set in Jamaica, together with Craig as 007 driving his open-top vehicle in the Jamaican streets, and some views of the extras used in these shots. Some lovely cinematography and vibrant colour is also on display in some beautiful scenes from a nightclub dancefloor.

In fact, a number of commentators have suggested the colour effects in the nightclub scenes are slightly reminiscent of the title credit images from A View To A Kill. In addition, the video also shows us the first official glimpse of Jeffrey Wright’s welcome return as Bond’s close friend Felix Leiter, and Lashana Lynch as the character named Nomi. Intriguingly, there is also a fascinating glimpse of Craig in character as James Bond moving stealthily along the side of a building, armed with a weapon, his profile outlined through some window blinds. It is a memorable image, nicely ‘Bondian’ in style and perspective. And, in a traditional 007 golden high, the new video ends with a large explosive blast that fills the whole screen.

Welcome back, Mr. Bond – we’ve been expecting you. Watch this space for further B25 news as it develops.

Jeffrey Wright as Felix Leiter in character as the camera rolls