For Our Eyes Only: First Roger Moore Film Festival 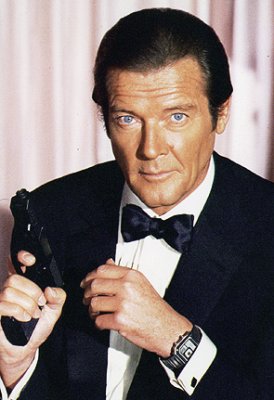 Moore is Back! Ghosts, Golden Guns, and Terrorists on Oil Rigs have all challenged him over the years, but the unflappable former 007 actor Sir Roger Moore still enjoyed every moment. And now we will have the opportunity to show our appreciation of the man who helped take Bond into the 1970s and 1980s, and also bravely experimented with other film genres. In fact, although he remains best-known for his popular TV series The Saint (which is still shown around the globe today) and, of course, his 007 movies, we should not overlook his other contributions to the big screen.

Indeed, in a varied and extensive film career, Roger has been commendably prepared to take risks as an actor, even though he is often self-deprecating about this in interviews. The screen career of seven-times James Bond Sir Roger will now be celebrated at the 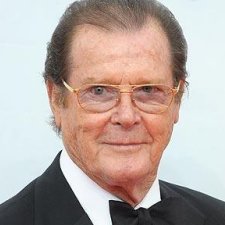 first Roger Moore Film Festival this coming October. The exciting film Festival, to be held in London, will have three classic examples from Sir Roger’s long filmography: The Man Who Haunted Himself  (1970), The Man With The Golden Gun (1974), and North Sea Hijack (1980). The first film was – in many critic’s eyes – Roger’s finest piece of acting, and gave him the opportunity to play two versions of himself, while the second film saw Roger comfortably established in the James Bond role for his second 007 adventure. The third film saw Roger able to ham it up (so to speak) as an eccentric, cat-loving and female-sceptic anti-terror diving expert, called up by the UK government when vital oil rigs are hijacked in the hostile and tough environment of the North Sea.

The Roger Moore Film Festival will be held at the Stanley Halls, in South Norwood, in London, on Sunday, 16th October, 2016, starting at 2.30pm (doors open at 2.00pm). The proceeds from the Festival will be shared between the Halls and Sir Roger’s favoured charity UNICEF, for which he has been a Goodwill Ambassador over the years. Tickets will be £10.00.

Further details can be obtained from: info@stanleyhalls.org.uk

The Spy Who Thrilled Us

The former 007 has remained as busy as ever in recent years, especially as part of his very popular speaking tours around Britain. Sir Roger’s speaking tours have featured insider stories and exclusive anecdotes from his extraordinary career, special evenings where he is interviewed live on stage by his personal manager Gareth Owen (who co-authored Sir Roger’s autobiography My Word Is My Bond and his recent best-selling 50th Anniversary celebration of 007, Bond on Bond).

And Moore has often been asked questions by both the public and journalists about his views of the Daniel Craig Bond movies, which he has strongly defended. In 2013, for example, when his tour included an evening at the Rose Theatre in Kingston, Surrey, Sir Roger was interviewed for the local Kingston Magazine, which took the opportunity to get his verdict on the current 007, Daniel Craig, who was about to start shooting his fourth Bond adventure in 2014. Moore said of Craig’s interpretation: ‘He looks like a fellow who’s going to kill people. I like the whole approach. In fact, I think Skyfall is possibly the best Bond ever made. Daniel and Judi Dench were wonderful together. Sensational casting’.

In other interviews, Sir Roger has also been notably critical of the way the media has treated Craig, especially just after Daniel was selected to become 007 (such as the ‘Blond Bond’ criticisms). More recently, Sir Roger has expressed some frustration at the way the media is automatically assuming that Craig has resigned from Bond. He asked: ‘Why is the media intent on saying Daniel Craig has quit as James Bond? He has not. He is the incumbent actor in the role until he says otherwise’.

Attendees at the Roger Moore Film Festival will be able to enjoy Sir Roger’s own contribution to the Bond franchise, when, in his second outing as Bond, he confronted the suave but sinister hit-man Francisco Scaramanga, played by Christopher Lee.  The movie was the fourth 007 adventure to be directed by the late Guy Hamilton. Sir Roger was asked recently whether he had any further thoughts about the passing of the director, who oversaw two of Roger’s James Bond movies, Live and Let Die and The Man With The Golden Gun. Moore responded: ‘I was very saddened to hear about Guy. He was a terrific director who learned his craft at the side of cinema greats such as Alexander Korda, Carol Reed and John Huston’. The former 007 added: ‘The style and pace he brought to Bond was terrific, and he certainly helped this actor into the role’.

Despite retiring from the role of 007 in 1985, Sir Roger’s bond with everything Bond is still very strong.  Moreover, he remains very popular with the general public. In April, 2016, the ex-Bond was the winner of this year’s Churchill Awards in the UK, given to people of retirement age, an award that was presented to him at a special lunch held at London’s Mandarin Oriental.

In his book Last Man Standing (2014), Sir Roger paid generous tribute to the writer, producer and director Bryan Forbes who, when he was head of APBC films in 1970, greenlit ‘what I have always believed is my best film, The Man Who Haunted Himself”. Similarly, in 2008, looking back on the film, Sir Roger reflected that: ‘It was one of the best scripts I had ever read, and it was certainly a very intriguing story’. Directed by Basil Dearden, the movie was shot extensively on location in central London, ironically in locations very near to where a couple of the later Bond movies also shot some key sequences, near Tower Bridge and the banks of the River Thames. 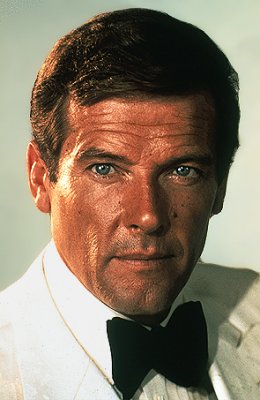