For Boyle’s Eyes Only: Hunt for new 007 henchman hots up

In fact, one of the iconic features of the classic James Bond movie formula is a tough henchman to support the lead villain, but what makes a good and memorable sidekick? This is the challenge that faces all new 007 directors, and it looks like Bond 25’s Danny Boyle is about to grapple with this key casting dilemma.

In July, 2018, news emerged that a Bond 25 casting call had gone out for English-speaking actors to play the leading male villain role (aged somewhere between his 30s-60s) and also the female leading role (aged 30-45), both actors either from Russia or other parts of Eastern Europe, such as the Balkans.

Intriguingly, the casting call also included information on the search for the supporting role of henchman, described as a male Maori actor (aged 35-55), with good physical combat skills.

The casting call said the candidate needed to be an individual who can play an ‘authoritative, cunning, ruthless and loyal’ character, an actor who can come from New Zealand or Australia.

Needless to say, this quickly sent casting agencies in both countries into something of a frenzy, and speculation about a possible Kiwi actor bagging the henchman role has become a hot topic in celebrity gossip columns in New Zealand, with a number of names emerging this month as part of the casting trawl of potential actors. The ‘Spy’ section of the New Zealand Media and Entertainment website, which is mainly run by the New Zealand Herald and collates celebrity news and gossip for the paper and a number of other Kiwi news outlets, has claimed that four leading Kiwi names have emerged as possible suitors for the part: Xavier Horan, Benjamin Mitchell, Manu Bennett, and Kirk Torrance.

Ricardo Simich, who penned the ‘Spy’ news report, has claimed that Westside’s Xavier Horan and Shortland Street’s Ben Mitchell (who both have martial arts training) have reportedly sent out video auditions for the Maori henchman role, while Manu Bennett (who was ‘Slade’ in the U.S. TV series Arrow), when asked about the topic, would only say that it is ‘too early’ to comment. Kirk Torrance, from Outrageous Fortune, has also been mentioned.

As ever, all this should be treated with a great deal of caution. Many people are looked at and considered very carefully at this stage in the pre-production cycle of any Bond movie. But with main shooting on Bond 25 still planned to commence in December this year, with Daniel Craig as 007 for his 5th adventure, it is clear that casting directors are already working hard on meeting Danny Boyle’s particular requirements for a henchman who will make life hell for Bond. 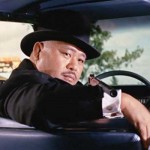 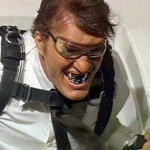 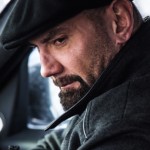