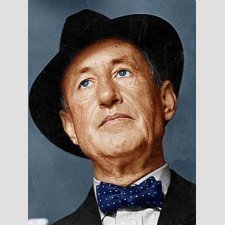 The screenwriter of an upcoming Fleming biopic, Damian Stevenson, has written a new novel about the 007 author which places the creator of James Bond in his own wartime spy adventure.

The new book, which is entitled The Ian Fleming Files: Operation Armada and has recently appeared in bookshops, is Stevenson’s debut novel and involved six years of careful background research into the wartime intelligence career of the man who created Bond.

Constructing a kind of alternative version of history, the novel places Commander Fleming, or ’17F’ as he was known in British Naval Intelligence, in an exciting wartime adventure which features many of the classic elements of a James Bond novel, including fast cars, ingenious Q-like gadgets, exotic locations, and the inevitable deranged villains and henchmen.

The story, which is set in 1940, sees ’17F’ parachute into enemy occupied France, carrying the equivalent of two million pounds in gold. He is only too pleased to get away from his dull Whitehall desk job. His secret mission is to negotiate the purchase of sixty battleships from the renegade head of France’s Navy, Admiral Darlan, and hopefully get the fleet out of the reach of Hitler, who will need the French ships as part of his plan for the invasion of Britain.

Fleming is assisted on his special mission by Denise Astier, a beautiful member of the French Resistance. However, the plan goes awry and Fleming is forced to improvise when a German army force, led by the sadistic General Block, decide to try and seize the French ships before they fall into the hands of the British.

It’s a race against time. In a classic Bond-style ‘countdown’, 17F has just four days to get to Admiral Darlan before the Royal Navy, under instructions from Churchill, bombard the French ships to prevent them falling into Nazi hands. In the meantime, General Block is in hot pursuit, and Fleming is also in danger from a possible traitor.

Stevenson’s meticulous research into the life of Fleming and his wartime career, via British archives and other sources, has enabled him to root his fictional adventure about the Bond author in a persuasive reality, with some excellent period detail and background context. At the same time, the story contains a whiff of ‘Indiana Jones’ about it, with enough villainy, action, and twists and turns to satisfy any spy novel enthusiast. And 007 fans will spot references to ‘M’, Moneypenny, and various James Bond films.

Published by Avatar Press, Operation Armada is promised as the first in a planned series of Ian Fleming Files stories. Stevenson’s Fleming biopic will eventually be produced by Leonardo DiCaprio’s film company. Meanwhile, a new Fleming TV biopic, starring Dominic Cooper as Ian Fleming, with a screenplay by John Brownlow and and Don Macpherson, is due for transmission in late September.