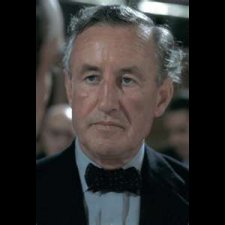 With two of James Bond author Ian Fleming’s non-fiction books being reprinted in new editions, to go on sale in the UK in early April, 2013, it is interesting to recall how one of them nearly made it onto the big screen.

Fleming’s account of the true-life story of illegal gem dealing, The Diamond Smugglers (1957), together with his entertaining travelogue Thrilling Cities (1963), are being reprinted and reissued by Vintage Classics, and will go on sale in the UK on April 4, 2013.

For those readers unfamiliar with Fleming’s non-fiction works, the publishers describe The Diamond Smugglers as the true story of an operation responsible for smuggling millions of pounds worth of precious gems out of Africa, while Thrilling Cities was the product of Fleming’s commission from his employer The Sunday Times to explore some of the world’s most exotic cities, and view them through the eyes of an accomplished thriller-writer. The Bond author subsequently delivered a series of vivid snapshots of the hidden, and not so hidden, aspects of the major cites he explored.

Sometimes real life has an uncanny habit of being stranger than fiction, and the James Bond author took a deep interest in the various forms of diamond smuggling that took place around the world. In the 1950s Fleming was even briefed on the subject at De Beers, the famous diamond-selling company, by Sir Percy Sillitoe, the former head of MI5 (the British domestic Security Service). Sir Percy had taken a security job with De Beers and was head of a new private intelligence agency, IDSO (International Diamond Security Organisation).

IDSO had been set up by De Beers to try to tackle the tremendous growth of the illegal side of the world’s diamond trade, and Fleming became fascinated by the whole operation. Fleming, of course, not only utilized the information he gathered from Sillitoe as useful authentic background information for his Bond novel Diamonds are Forever (1956), but much of the journalistic work he did on the subject (including various interviews) was also condensed into a series of newspaper articles. These articles, in turn, eventually became the basis for his non-fiction book The Diamond Smugglers.

The Film That Nearly Was

In March, 2010, The Sunday Times offered some interesting new revelations on this aspect of Fleming’s career. The newspaper carried a detailed 3-page article by author and Bond expert Jeremy Duns, in which Duns sought to unravel what he called the ’50-year old mystery’ of a little-known screenplay that was specially written for a big movie version of The Diamond Smugglers.

Duns had found that, when IDSO closed down, Sir Percy Sillitoe felt that its work had not been sufficiently recognized. Sillitoe thus recruited one of IDSO’s former agents, John Collard, to ghost-write an account of the agency’s work. However, Collard’s treatment was deemed not sufficiently exciting by Denis Hamilton, the editor of The Sunday Times, so Hamilton persuaded Ian Fleming to use his professional writing and journalistic skills to spice up Collard’s story.

Fleming, in turn, rewrote the whole thing and gave Collard the Bondish pseudonym ‘John Blaize’, making him the hero of the story. Blaize was a kind of quieter version of Bond, but still wore fine white silk shirts and was keen to gamble in Monte Carlo! When the story was serialized in the newspaper in September, 1957, and published in book form as The Diamond Smugglers in November that year, the film rights were quickly snapped up by the UK’s Rank Organisation.

Rank, in turn, appears to have commissioned Fleming to ‘prepare the film treatment’. As so often in Fleming’s career, however, the film project seems to have stalled. But what is particularly intriguing is that, at one stage, producer George Willoughby purchased the film rights from Rank and then spent some time in the early 1960s trying to re-start the project. At one point, the actor Richard Todd was down to play John Blaize. At another stage, Todd agreed to play the villain, while rising American star Steve McQueen was penciled in as John Blaize.

As Duns noted, whether or not McQueen would have been interested in, or even available for, The Diamond Smugglers is another question, ‘but it’s fascinating to think of him as a secret agent in a Fleming adaptation’.