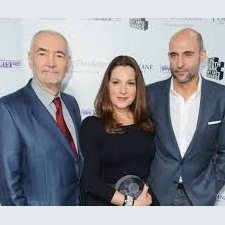 The James Bond Producers, Barbara Broccoli and Michael G. Wilson, have revealed that they were just as surprised as everybody else that Skyfall director Sam Mendes declined to take on the directorial duties for Bond 24.

In fact, the last week has seen a number of comments from the EON producing duo on the topic. Speaking at the Dorchester Hotel in London, at the South Bank Sky Arts Awards on March 12 (at which Skyfall was named Best Film of the Year), Broccoli could not hide her disappointment at the news about Mendes.

But both producers were also determined to see the lighter side of their dilemma at the same time, and appear determined to get Mendes back at some point in the franchise’s future.

Responding briefly to questions from an interviewer about who would be at the helm on Bond 24, Michael G. Wilson acknowledged that they had wanted Mendes, but did not have anybody in mind yet. Similarly, Broccoli added at one point: ‘We were really devastated that Sam has decided not to do this one so just getting our breath and we’ll find someone terrific, and hopefully we’ll come out with another film that will be as good’.

Speaking at the same Dorchester event to a reporter from the Daily Telegraph, the EON pair made similar comments. According to the paper, Broccoli said she and the franchise were ‘devastated’ that Mendes decided not to do the next one: ‘We didn’t expect it, so I have no idea who will replace him. We’re still reeling. We only found out a day before the announcement. I think he feels like he’s done it now, he has made one of the most successful films ever, but hopefully we can tempt him back’.

The next day (March 13), in an interview with Broccoli published in The Times newspaper, conducted at the EON main office in Piccadilly in central London, the Bond producer spoke of her long love affair with James Bond, the demands of her job as producer, and about various other aspects of her career.

At one point in the interview, she was (perhaps inevitably) asked about the Bond 24 situation in the light of the fantastic success of Skyfall . She acknowledged that: ‘Yeah, it will be very difficult to compete with that film. It’ll be tough, but we’ll try’.