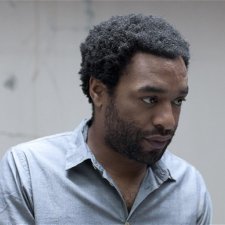 An American showbiz journal has reported that the Oscar-nominated British actor Chiwetel Ejiofor could be a strong contender for the role of lead villain in the next 007 movie, which will be no.24 in the EON series.

According to Variety, Ejiofor, who was recently nominated for an Oscar for his powerful performance as Solomon Northup in 12 Years a Slave, is being eyed up by studio executives for the next Bond movie, which starts shooting later this year. Some British newspapers have suggested that Ejiofor is also favoured by director Sam Mendes.

Justin Kroll, a film reporter for Variety, speculated in the journal on 4 April that MGM and Sony may be targeting the 36-year old British actor to play 007’s nemesis in Bond 24. Kroll claimed that ‘sources’ have told Variety that Ejiofor is the ‘top choice’ to play the villain. According to Kroll: ‘No offer has been made yet, and scheduling would have to be worked out, but sources insist he is the front-runner for the job’.

Interestingly, Kroll also reported that the film-makers are on the lookout for one Scandinavian and one British woman to play the new Bond women in the story, which has been penned by Skyfall‘s John Logan.

The studio had no comment to make in response to Kroll’s report.

Ejiofor has built up a wide variety of TV, theatre and film roles in his career. Born to Nigerian parents in London, he attended school in the capital and then trained at the famous London Academy of Music and Dramatic Arts.

His movie parts have included the villainous revolutionary Luke in Children of Men (2006), and CIA officer Peabody in Salt (2010), and he is currently filming the role of a brooding scientist in the sci-fi movie Z for Zacharia, co-starring Chris Pine and Margot Robbie.

Last month, Ejiofor, Pine and Robbie shot some key scenes for the new movie, which is a post-apocalyptic sci-fi thriller, on location in New Zealand.

On stage, Ejiofor’s roles have included some key Shakespearean roles, which may be a big plus in his favour with Sam Mendes. In 2000, Ejiofor played a critically-acclaimed Romeo in Shakespeare’s Romeo and Juliet, and he was the lead role in Shakespeare’s Othello in 2007-08. The latter production, staged at the Donmar Warehouse in Covent Garden (just a stone’s throw from Sam Mendes’s office), earned Ejiofor a Laurence Olivier Award for Best Actor.

The JBIFC must emphasise that much of the above is pure media speculation, and nothing official on the possibility of Ejiofor as Bond villain has been said by MGM, Sony, EON or Sam Mendes.

Screenwriter John Logan recently revealed to Empire magazine that the first draft of the screenplay for Bond 24 is ‘almost done’ and, last month, EON producer Barbara Broccoli, speaking in central London, said that the Bond 24 script is ‘evolving’.

She also hinted that the search for an actor for the role of the Bond villain is currently underway.