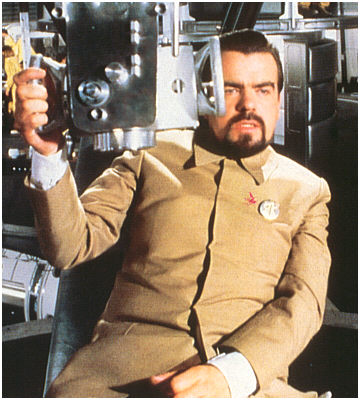 The JBIFC is very sad to report that Michael Lonsdale, the actor who played villain Hugo Drax opposite Roger Moore’s 007 in Moonraker (1979), has died, aged 89. He passed away at his home in Paris.

The award-winning and bilingual Anglo-French actor played in more than 200 roles during his career, in both English and French, including in such well-known English-language films as The Trial,  Is Paris Burning?, The Day Of the Jackal (as Deputy Commissioner Claude Lebel), The Name of the Rose (with Sean Connery), The Holcroft Covenant, The Remains of the Day, Enigma, Ronin, and Munich (with Daniel Craig).

He took roles on the stage, in films and on TV, and also had a great personal interest in and knowledge of art.

Born in Paris, to an English father and a French-Irish mother, Lonsdale originally wanted to be a painter, but when this ambition was not realized, he was drawn into the world of acting, first appearing on stage at the age of 24. Many of his early roles were for French productions, but he gradually broke into English-language films and became more and more successful in Europe and the USA. However, it was not until he was cast as Hugo Drax in Moonraker that Lonsdale felt he was gaining the proper global recognition that had eluded him earlier in his career. He was also very happy with the financial package EON gave him for playing Drax.

As many Bond fans will know, Moonraker was filmed in Paris as an Anglo-French production, as France was deemed at the time to have much more favourable taxation laws for film-making, and producer Cubby Broccoli was keen to take advantage of this. However, part of the qualifying criteria for this arrangement was that the villain had to be a French actor.

Billionaire baddie Drax was originally going to be played by James Mason (a close friend of Roger Moore), but EON turned to Lonsdale to take the role. It was an excellent decision. Lonsdale gave Drax an understated but rather creepy and memorable air of menace (‘Look after Mr. Bond. See that some harm comes to him’), and said in later interviews that he played the role as a demented Nazi, a villain who had racial delusions of re-populating the earth with a new generation of genetically pure humans. 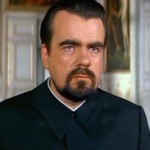 This theme was rooted in Ian Fleming’s original novel, where Sir Hugo Drax had been revealed as a Nazi agent who was planning to wreak vengeance on Britain for Germany’s defeat in World War Two. The ‘Nazi’ themed plotline in the 1979 movie (scripted by Christopher Wood) was helped considerably by some superb sets created by acclaimed production designer Ken Adam, who was able to project the sense of mad ambition and grandeur being pursued by Drax. Drax (from his space-station lair) was given an other-worldly streak of cruelty by Lonsdale.

In later interviews, Lonsdale said that he had wanted to play Drax as even more severe, but director Lewis Gilbert had urged him to tone this down, as Drax was (according to Gilbert) a ‘happy’ character, ‘content with what he’s doing’. Lonsdale, however, managed to still give his character a cold-sounding and mechanical tone, and his villain was in many ways one of the highlights of the movie.

The James Bond producers Michael G. Wilson and Barbara Broccoli, in a statement issued on 21st September, said: ‘We are very sad to learn of the passing of Michael Lonsdale, who played Hugo Drax in Moonraker. He was an extraordinarily talented actor and a very dear friend. Our thoughts are with his family and friends at this sad time’. 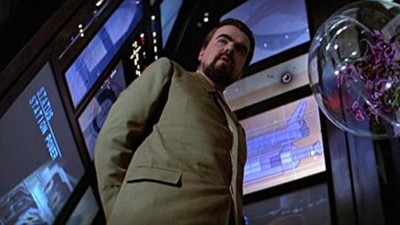