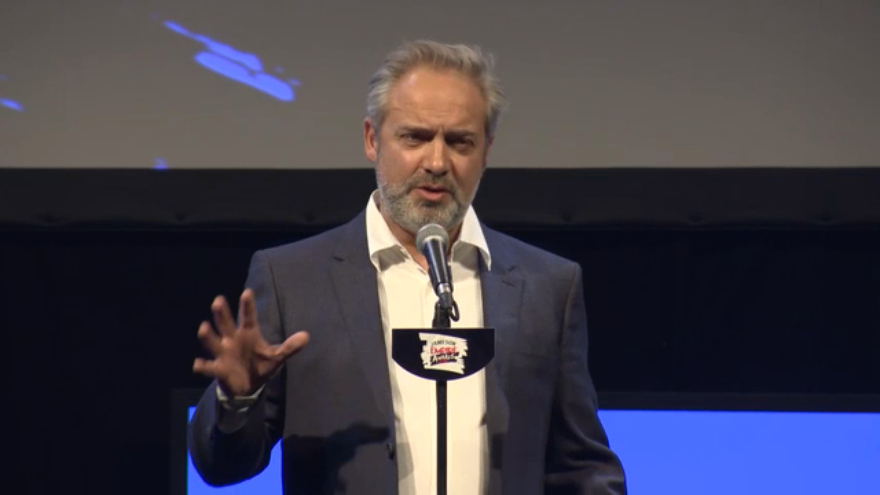 It was a double triumph for the latest 007 movie Spectre at the 2016 Jameson Empire Awards in London, with the latest Sam Mendes-directed James Bond adventure winning the Awards for ‘Best Thriller’ and ‘Best British Film’ in 2015.

The Awards were voted on by the readers of the popular British movie magazine Empire in a recent poll, and the annual awards ceremony took place at the Grosvenor Hotel in central London on 20th March. The ceremony was hosted by Bond fan and TV star David Walliams, while another James Bond aficionado, the TV and film critic Jonathan Ross, was on hand to introduce the Spectre winners.

Callum McDougall, the production manager on Spectre, took to the stage to accept the ‘Best Thriller’ Award, and was joined by some other key members of the Bond production team: the screen-writers Neal Purvis and Robert Wade, costume designer Jany Temime, and special effects supervisor Chris Corbould.

The Jameson Empire Award for ‘Best British Film’ of 2015 was accepted by Spectre director Sam Mendes, who also took the opportunity to make a short speech. Sam thanked Empire magazine for their strong support and the close relationship that he and the magazine had developed during the five years of his two 007 movies.

He pointed out to the audience that it was to Empire magazine that he had given his first interview about Skyfall; he said he had also ‘really enjoyed’ guest editing the Spectre special edition of the magazine in November 2015, which had been – for him – one of the high-points of this process. He said it seemed fitting that the Award is the last of his ‘big five year adventure’ with the world of James Bond, which he had ‘enjoyed every second of’.

Mendes also paid generous tribute to the many other members of the 007 production team that work so hard on every entry in the series, including the numerous people behind the scenes and also the EON producers Barbara Broccoli and Michael G. Wilson.

The annual Jameson Empire Awards are the final awards ceremony of the season, and are held in very high regard by film-makers, as they are awards that are voted for by many ordinary cinema-goers, rather than just by industry insiders. In this sense, Mendes and his team must have felt particularly pleased that the ‘people have spoken’ and found Spectre to be one of the great films of 2015.

Interestingly, at one point during the course of the awards ceremony, given all the recent speculation in the press, Empire asked the Skyfall and Spectre director about his thoughts on Daniel Craig’s future as 007 post-Bond 24. Mendes responded: ‘It did feel to me like Daniel was saying goodbye to Bond at the end, but there’s clearly a way he can easily come back. Bond isn’t dead! So that’s clearly Daniel’s call. But I think you’ve got to feel one hundred per cent to come back, and I think he knows that. He needs to have a break and do another role and see how he feels after that. I’ll be watching with as much interest as you guys’.

There were also other film-makers with plenty to celebrate at the Jameson Empire Awards. The smash-hit blockbuster sci-fi movie Star Wars: The Force Awakens won five awards at the ceremony, while The Revenant was named Best Film.

The JBIFC offers many congratulations to Sam Mendes and the Spectre production team for their outstanding achievements in winning these latest awards. 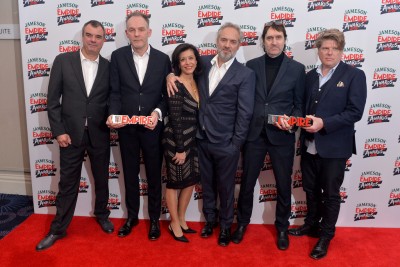