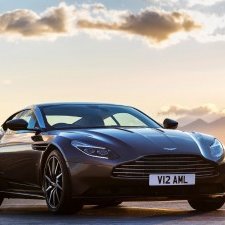 From Le Mans champions to the big-screen James Bond’s favourite car and on to today’s supercars, a beautifully produced new book, Aston Martin DB, written by motoring expert Andrew Noakes, will be a must-have buy both for 007 fans and more general car enthusiasts.

Containing a superb collection of over 250 stunning and often rarely seen images from the Aston Martin Trust archive, this stylish new hardback – due to be published in October, 2017 – is lavishly illustrated and is a fitting celebration of what is arguably one of the world’s most enduring sports cars.

From the very first DB1 to the iconic DBs of the 1960s to the very latest DB11, this classy book covers them all. It has been produced in association with the Aston Martin Heritage Trust and helps celebrate 70 years of what has been called the ‘most famous car in the world’. It is a fascinating trip into motoring history. The fast, beautiful sports cars that Aston Martin built under David Brown’s ownership won the Le Mans 24-hour race and the World Sports Car Championship, and, as all Bond fans know, also provided the cinematic James Bond with his most memorable transport: the ejector-seat equipped Aston Martin DB5 that won such acclaim in the third 007 movie Goldfinger (1964). 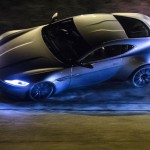 Although the DB era ended when Brown sold the company in 1972, its influence continued to be felt – the famous DB5 returned in the Pierce Brosnan and Daniel Craig Bond films, while 007’s most recent car was the specially-made DB10, which took part in a breathtaking car chase through the streets of Rome in Spectre (2015).

Aston Martin has just launched its most complete car ever, the DB11 – and the initials ‘DB’ mean as much to Aston Martin now as ever. The perfect gift for fans of fast and beautiful cars! In Aston Martin DB, Andrew Noakes takes the reader on a fast-paced and luxurious journey through the fascinating evolution of the Aston, with plenty of insights and thoughtful observations; in fact, there is enough detail in the book to keep every James Bond aficionado more than happy for hours on end.

Live and Let Buy! This will glossy volume make a great gift for the upcoming Christmas season, or simply treat yourself to some pure gold in book form.

Andrew Noakes has been writing about cars for more than 20 years. He was trained as an automotive engineer but decided to go into motoring journalism, working for Fast Car magazine before launching the classic car title Classics. he has been freelance since 2002, writing on cars for a wide range of magazines and websites, and since 2006 has also taught motoring journalism at Coventry University in the U.K. Andrew is the author of more than a dozen motoring books, including The Ultimate History of Aston Martin, Aston Martin DB7: The Complete Story, and Aston Martin – Model by Model. He lives in Warwickshire.

Aston Martin DB is due to be published in hardback by Aurum Press on 19th October, 2017. Priced £45. 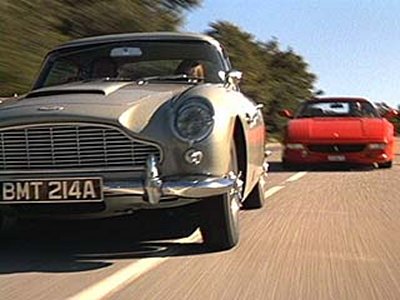 Bond’s Aston Martin DB5 back in action in Goldeneye (1995)