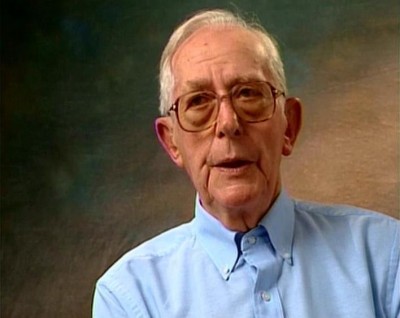 The JBIFC is very sad to report that three-times Bond director Lewis Gilbert has passed away, aged 97. The award-winning director of such classics as Reach for the Sky (1956), Carve Her Name With Pride (1958), Sink the Bismarck! (1960) and Alfie (1966), Gilbert also helmed three hugely successful 007 films: You Only Live Twice (1967) with Sean Connery, and The Spy Who Loved Me (1977) and Moonraker (1979), with Roger Moore. In a special tribute released by the family of the late Sir Roger Moore, they revealed that Lewis was one of the Bond actor’s favourite directors.

In 2010 Lewis published his memoirs, All My Flashbacks, in which he movingly recalled his very tough childhood as a music hall entertainer, his traumatic wartime service in the Royal Air Force and his entry into the world of film-making. Born on the 6th March, 1920 (‘in a trunk’), to parents Ada and George, who were variety hall artists, Lewis said that – by the time he was four years old – there was very little about variety that he did not know. By the time he was six, his parents were performing in Cine Variety, which combined short films and live variety acts. Lewis said he loved watching those films and became fascinated by the world of screen-acting.

Later in the interwar period, Lewis managed to win acting roles himself in what were then called ‘Quota Quickies’, British films that were only an hour long in duration and were often cheaply made. The films were produced in order to ensure that cinemas in Britain were not completely dominated by the much better quality productions coming out of Hollywood. The British Government had decided that American films had become too dominant in UK cinemas in the 1920s and 1930s. Cinema managers were thus required to include a ‘Quota Quickie’ on the same bill as any American movie being screened.

Gilbert’s early appearances on screen included roles as one of the boys in Boys Will Be Boys and Good Morning Boys, two smash-hit comedies starring the very popular British comedian Will Hay. Often, when such films were being made, there were long periods on set when there was not much to do, so the young Lewis would pick up technical tips from the camera operators or their assistants. He was also able to observe the film editors at work.

At the age of 17, Lewis played an office boy in The Divorce of Lady X (1937), which was produced by the highly-respected film-maker Alexander Korda. One day, as Lewis recalled it, Korda asked about his future and advised him to go the RADA (the Royal Academy of Dramatic Art). Lewis responded: ‘I don’t want to be an actor. I want to be a director!’ Korda laughed, but put him in touch with the studio manager, and Gilbert ended up working as an assistant director and also as a runner who delivered call-sheets to the artistes’ dressing-rooms. It was the beginning of Lewis Gilbert’s eventual entry into the technical and full directorial side of British movie-making.

After volunteering for the RAF during World War Two, Gilbert saw some horrific sights, but also saw service with the RAF Film Unit at the Air Ministry, and – at one stage – was also involved with movie-making for the U.S. Air Force (the USAF had a big presence in the UK from 1941-42 onwards).

His first film as full director was The Ten Year Plan (1944), on which he was also the writer. After the war, Gilbert gradually built up a reputation in the British film industry as a superb ‘hands-on’ director, who was also easy-going and very popular with actors, and could handle a wide variety of movie subjects, but especially films with wartime subjects. This led to such British classics as Albert RN (1953) (a Prisoner-of-War film, based on a true story) and the acclaimed Reach for the Sky (1956), the story of real-life RAF hero Douglas Bader, who tragically lost both legs but was still determined, against all the odds, to fly planes in combat.

However, as Gilbert himself recalled, it was the movie Alfie (1965) that proved to be the ‘big one’ and directly affected his life and career, and it is often seen by cinema historians as Gilbert’s major ‘break-through’ movie. The film, which starred a young and still then relatively-unknown Michael Caine, was a brave and risky film to make, as it tackled some of the key social taboos that were still around in Britain in the ‘Swinging Sixties’. But Bond producer Harry Saltzman, who was keen to sponsor a diverse range of movies, showed strong faith in Alfie and in Gilbert’s stewardship of the project in particular. Saltzman helped raise and provide substantial funding for the film.

Importantly, as well as being a study of working-class male culture and attitudes towards women, the subject of back-street abortion lay at the heart of the movie and, in retrospect, Alfie probably played a significant part in helping to change official government policy towards the problem (back-street abortions were eventually outlawed in the late 1960s). The movie was highly praised by critics; it thrust Caine into the Hollywood limelight, and it was nominated for 5 Oscars. Gilbert remained especially proud of the film, and rightly so.

Not long after Alfie, Gilbert was surprised to be contacted by Albert ‘Cubby’ Broccoli, Saltzman’s EON partner, who asked: ‘Don’t you think it’s time you made a Bond film with us?’ Initially sceptical towards the offer, Gilbert found that Cubby would not take ‘no’ for an answer. Ringing again, Broccoli told Gilbert that he was making a ‘big mistake’ in turning the opportunity down: Gilbert would have ‘the world’s biggest audience and it’s waiting to see what kind of hash you make of it’. Amused by Broccoli’s joke, at the same time Gilbert knew it had a certain truth to it, too. There was indeed a potential audience of millions, and (as Gilbert reasoned) if he pulled it off, there would be no harm to his career. Moreover, as he recalled: ‘I accepted Cubby’s offer and thoroughly enjoyed making the picture. Both Cubby Broccoli and Sean Connery were fine to get along with’.

Ironically, it was the backer of Alfie (Saltzman) who proved to be more of a problem on You Only Live Twice. By that stage, Sean’s relationship with Saltzman had broken down, and he made it clear that the movie (as far as he was concerned) would be his very last as agent 007. When the film was finished, United Artists were apparently ‘thrilled with the result’ and ensured that the premiere was a full Royal Premiere, with Gilbert able to personally meet the Queen.

Ten years later, Gilbert was surprised to be contacted once again by Cubby Broccoli who, by this stage, was about to become the sole producer on Roger Moore’s third James Bond movie, The Spy Who Loved Me (1977), after Saltzman had ended their 007 film producing partnership and sold his share to UA. It was a daunting prospect. Broccoli wanted to again surround himself with able people he could fully trust, and Gilbert was again seen as precisely such a figure.

Gilbert had also watched the evolution of the James Bond films carefully over the years, and the change of actors in the main role. Having watched Roger Moore play 007 twice, Gilbert said he had the feeling that Cubby Broccoli and Harry Saltzman had ‘wanted him to be Sean Connery’. According to Gilbert, this ‘was no use’. Roger was clearly more at ease in light comedy: ‘It therefore seemed to me much more sensible for Roger to play to the strength he had, rather than the one Sean had’.

As a result of this new freedom given to him by Gilbert, Roger Moore visibly relaxed on screen as 007, and Moore later commented on numerous occasions that The Spy Who Loved Me was his most enjoyable and favourite Bond movie. The smash-hit box office performance of the movie also reinforced this sense that Gilbert had helped steer the franchise back into peak success again.

Gilbert returned to 007 directorial duties for the next Bond movie, Moonraker (1979) but, while it had again been ‘great fun’ working with Roger, towards the end of production on the movie Gilbert had decided it was now time for a change. His post-Bond movies included the very successful Educating Rita (1983), which picked up three BAFTAs, and Shirley Valentine (1989), which also received a BAFTA. Lewis’s final movie as director was Before You Go (2002).

Awarded a CBE (Companion of the British Empire) by the Queen in 1997 by for his achievements in British film-making, Lewis remained a devoted and loyal supporter of Arsenal Football Club. He will be sorely missed. 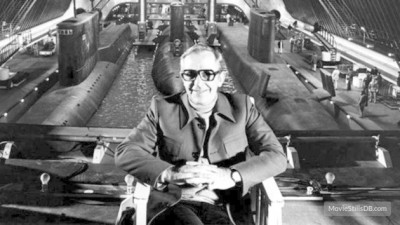