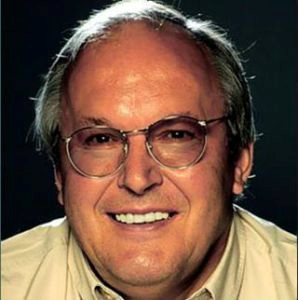 The latest issue of the popular British sci-fi magazine Starburst contains an interview with Peter Lamont, the man who has contributed so much to the production design of the 007 franchise, having worked on an astonishing eighteen of the James Bond films.

The detailed interview, which was originally conducted at the Starburst International Film Fest, covers three pages of the magazine.

It was given to help publicise Peter’s exciting new book about his career (co-written with Marcus Hearn), which is aptly titled The Man With the Golden Eye: Designing the James Bond Films. The glossy new book was published in the UK by Signum Books on November 1st, 2016.

In fact, we confidently predict that it will be something of a ‘must have’ publication for all serious Bond aficionados, especially those who are interested in the superb work that goes into the planning and building of the impressive sets that the EON franchise has become so famous for over the years.

In the interview, Peter Lamont (b. 1929) provides plenty of background on his long and fascinating career in films. He started his involvement with the world of movies (in a sense) when he was offered a job as a print boy runner at Pinewood Studios in England; after serving for two years in the Royal Air Force, he then returned back to Pinewood and became more directly involved in movie work, his first film being Captain Boycott, which starred 1950s heart-throb Stewart Granger.

Lamont’s involvement with the legendary James Bond franchise started with Goldfinger in 1964, when he was given some work by the movie’s Art Director Peter Murton. This, in turn, saw Lamont helping the Production Designer Ken Adam create the outline plans for the now iconic Pinewood set of Fort Knox which – originally – was going to be built in Portugal. The interview provides some interesting details on the design layout for the Fort Knox set at Pinewood, including on how trees had to be moved. Lamont also reveals that he helped track down some information on what the vaults inside Fort Knox actually looked like in real life, which included him taking a look at the vaults of the Bank of England. In the end, it was very much down to the imagination of the film-makers, who came up with a glittering cathedral of gold.

Interestingly, Lamont also acknowledges the influence on his design work of the Daily Express Bond cartoon strip at the time. Lamont then went on to work on his second Bond movie, Thunderball, as a set decorator, a role he would continue for three more entries in the hugely-successful series. By the time of For Your Eyes Only in 1981, Lamont had become full Production Designer and his skills became so sought after in the general movie world that he ended up working on what what would become one of the highpoints of his career, James Cameron’s epic disaster movie Titanic. Indeed, it was this movie that earned Peter his well-deserved Oscar.

Lamont makes it clear during the course of the interview that he was very proud to work on the EON Bond franchise, and loved working with the 007 producers Barbara Broccoli and Michael G. Wilson. He also feels that his movie design career went out on a ‘high’ with Casino Royale, the adventure that introduced Daniel Craig to the world as Ian Fleming’s master-spy. In Lamont’s estimation, Craig was ‘obviously the right choice’ for the movie, given its ‘origins’ story, and Craig was ‘excellent’ in the film.

You can read the full interview with Peter Lamont in the latest issue of Starburst (no. 430, November, 2016), which is on sale now in all good UK retail outlets, priced (GBP) £4.99. 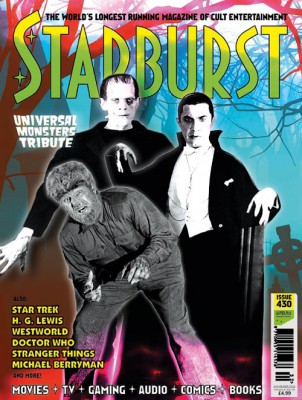