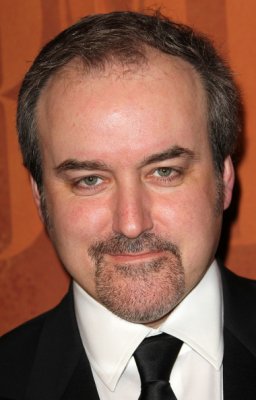 Former James Bond music composer David Arnold, who will be performing live in London in a special concert of his work on July 6, has spoken briefly about his contribution to the new British stage musical Made in Dagenham, which will premiere later this year.

The new musical, which is set in the 1960s and is based on a true story, stars Gemma Arterton as a factory machinist at Ford Motors in Dagenham who heads a strike calling for equal pay. The new production is based on the highly successful 2010 film of the same name. Gemma is, of course, very familiar to Bond fans, as she played agent Strawberry Fields in Quantum of Solace, Daniel Craig’s second 007 adventure.

The new musical, which has been written by Richard Bean, will be directed by the award-winning Rupert Gould, and has lyrics by Richard Thomas and music by David Arnold. It will preview at the Adelphi Theatre in London from October 9, and will then open to the general public in November, 2014.

Speaking to the Daily Mail newspaper’s showbiz columnist Baz Bamigboye, David Arnold stressed the importance of the show, commenting: ‘There’s still so much discussion about women working and not being fairly paid’. He continued: ‘We’re looking at the past with a view to the future and the present. You can look at what happened to the Dagenham women with the benefit of hindsight and contemporise it without moving out of the Sixties’.

Arnold, who has tried to capture the sense of industrial conflict in his music for the show, added that the music felt ‘very natural’ to him because his own parents had worked at the old Electrolux factory in Luton. He also said that Amy Winehouse’s Back to Black album was a starting point for his own score because it evoked a sense of the Sixties with a contemporary twist.

Director Rupert Gould, speaking recently to the London Evening Standard, said the new musical has ‘the heart, the drama and the vivid backdrop of the Sixties’ to make it a potential hit: ‘We’re all incredibly aware of the pressure on it’, he said. ‘Trying to do a new British musical in the West End is difficult. But I think we all feel a huge responsibility to the art form. The British do songs really well, we do theatre really well – we should be able to do a great British musical’.

Gould also praised Arterton and her singing: ‘She is so poised and beautiful but she is authentic’, he said. ‘She is really feisty’.

Gemma Arterton will sing various songs in the new musical, but before rehearsals can begin with director Gould, she will star opposite Idris Elba in the new movie One Square Mile, which, according to Arterton, is about ‘love, action and gangsters in London’.

David Arnold’s ‘Live in Concert’ performance on July 6, which will be his London concert debut, promises a wide range of music from his career, including various 007 compositions. It takes place at the Royal Festival Hall, at London’s Southbank Centre, at 8.00pm on Sunday, July 6, and tickets are still available.

The Southbank Centre, appropriately, is situated right next to the River Thames and overlooks parts of the river that saw some key action sequences for the 1999 Pierce Brosnan Bond movie The World Is Not Enough (which had a music score by David Arnold).