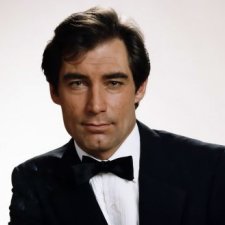 According to the UK’s Sunday Express (December 30), in an interview Timothy Dalton gave to the newspaper by telephone, the 68-year old actor and former two-times James Bond made it clear that he was ‘hugely impressed’ with Skyfall. Dalton said: ‘It is absolutely time for Bond to get proper attention at the Oscars’.

Dalton added: ‘On almost every level this Bond movie is right at the forefront of what cinema is capable of. It is an absolutely modern James Bond, a movie truly of its time. Daniel Craig is fantastic and it feels very real. It has also got a great story about M with a nice streak cynicism. I thought the film was fabulous’.

Dalton told the newspaper that, if Skyfall received an Oscar, it would be ‘just recognition’ for the Broccoli family in particular, who have steered the James Bond franchise for half a century since the release of the first 007 movie Dr. No in 1962. Dalton commented: ‘It is a remarkable and hugely special achievement. That family have shepherded Bond for more than half the time of modern cinema history. I think it is amazing and something to be very proud of’.

Interestingly, the Sunday Express also asked the fourth James Bond about his own place in the Bond franchise legacy. Dalton, of course, succeeded Roger Moore to become Bond no.4 and played 007 in The Living Daylights (1987) and Licence to Kill (1989). According to the Express, the Welsh actor evidently remains proud of his time as Bond, even though the experience of making them has receded into time: ‘Do you know how long ago I made those two films? Twenty-six years ago! I did the first one in 1986’.

He said he was happy to discuss his two Bond films and, while he was careful not to claim that his realistic and hard-edged Bond was ahead of its time (a sort of pre-cursor to Craig’s 007), he was prepared to concede that they were trying to take Bond in a new direction: ‘A lot of people have said Licence to Kill was a forerunner of Bond today and in a sense that is what Cubby and I were trying to do. The Bond movies were becoming pastiches of themselves but they were still successful and people were not ready to embrace a new formula. There was a lot of innate resistance to change’.

Responding to a question about the shocked headlines garnered by his second Bond film, Dalton pointed out that, while Bond ‘bled’ in Licence to Kill, this was in fact well in keeping with the often shocking violence of the early Sean Connery Bond films. He said: ‘They were scandalous when they came out. That you could have a hero who would kill a person in cold blood! Even the fact of the beautiful, gorgeous Ursula Andress coming out of water in a bikini was shocking. These were not movies for children and that is almost what they became at a certain time’.

Asked about his part in the recent special documentary Everything or Nothing (which was directed by the award-winning Stevan Riley), Dalton expressed unease at some of the behind-the-scenes ‘gossip’ in the Bond documentary. He said: ‘To tell you the truth, I wish they had concentrated more on why the movies have lasted 50 years and given more understanding and illumination about the brilliant work that has gone into the makings of those movies and how it has been protected and shepherded by the family’.

Fans of Timothy Dalton can currently hear him as the voice of Prince Lord Milori in the animated Disney film Tinkerbell and the Secret of the Wings,which is in cinemas now.  The documentary Everything or Nothing: The Untold Story of 007 will be released on DVD in late January, 2013.