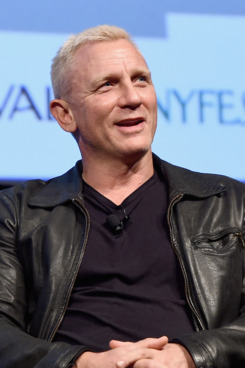 The movie has just been released in British cinemas. One review, published in the London Evening Standard (‘Daniel Craig steals the show in this rambunctious hillbilly heist’, 25th August), argued the film is ‘wildly entertaining’ and noted that, while Craig is technically a supporting character in the movie, he’s the film’s ‘centre of gravity’.

Similar positive views were on display in the review published by the Guardian newspaper (25th August), which argued that Soderbergh ‘gets his groove back’ in a ‘stylish and laidback’ comedy, and in the Times (25th August), which commented that Craig, ‘with a bleached buzzcut and his voice transformed into a drawl, is in his element’ as the smart-ass safecracker Joe.

The newspaper’s review also said that Rebecca Blunt’s ‘clever script’ fizzes with jokes and characterful humour, in a film that Soderbergh has directed ‘with his trademark pace and panache’, displaying an obvious affection for his hapless hillbilly heroes.

An enthusiastic embrace of the new film could also be seen in the review by the Daily Mail newspaper (25th August), which is usually difficult to please at the best of times. The Mail entitled it’s verdict with ‘Daniel Craig’s never had THIS much fun as James Bond’. Noting how some reviewers have taken a ‘haughty’ tone towards the new movie, the Mail argued the whole caper offers ‘innocent sparkle’, and asked: ‘And who can sniff at any film featuring Daniel Craig, that most lugubrious and tormented 007, camping up his trademark scowl beneath a bleached-blond crewcut as Joe Bang?’

Craig’s performance was also a big positive for the review of Logan Lucky offered in the Sunday Times newspaper (27th August). The paper proclaimed that ‘the best reason to see this movie is Craig, who shows up in a striped jumpsuit and a bleach-blond crop, romping into scenes like a mastiff let off the leash, and having more fun than he did in the last two Bond films put together’.

Meanwhile, the UK’s Daily Star newspaper (19th August) recently decided to squeeze a Bond-related story out of all the Logan Lucky coverage, revealing that Craig (who is a big music fan) had taken all of the main cast of the new film to a live music concert to see US indie band Car Seat Headrest. In the paper’s hyperactive imagination, there was another secret purpose to this: it claimed that Craig was actually checking out possible singers for the next Bond movie.

Logan Lucky is currently on release in many UK cinemas. 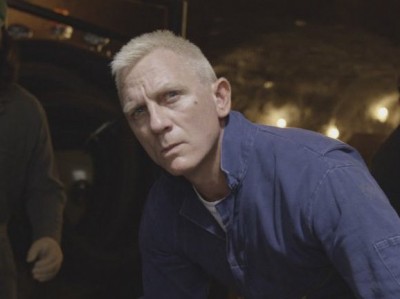