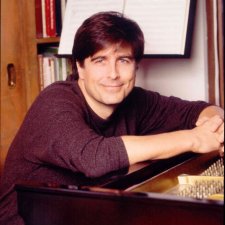 The special programme, entitled ‘A James Bond Celebration: The Music of 007’, featured James Bond music from across the decades, including some tracks from the new Bond movie ‘Skyfall’, and was hosted by film music specialist and broadcaster Tommy Pearson. The event was recorded on October 1 at studios in the heart of London’s West End, in front of an invited Classic FM audience who had won tickets for the event.

Bond composer David Arnold and ‘Skyfall’ composer Thomas Newman were special guests in the studio before the live audience, and were joined (via an online visual link) from Los Angeles by soundtrack expert Jon Burlingame, who is author of the new book ‘The Music of James Bond’ (published on October 11).

The evening started with the James Bond theme by Monty Norman, the iconic piece of music which was arranged by John Barry, and became one of the most memorable theme tunes in modern cinema history. Both David Arnold and Thomas Newman, interviewed by Classic FM’s Tommy Pearson, talked about how the James Bond theme has been used and re-used in the 007 movies over the years. At one point, Newman said that the theme is so much part of the Bond experience that ‘you need to use it’. At another point, he said he had taken advantage of the James Bond theme, as it’s ‘a great theme’.

It was evident that the late composer John Barry is still viewed with awe by David Arnold, and Thomas Newman clearly shares this strong admiration. Both composers tried to pin down what they think is so distinctive about John Barry’s particular style of music. Burlingame, speaking live from LA, also expressed his great admiration of the distinctive Barry sound. In Jon Burlingame’s view, it was actually the soundtrack for ‘From Russia, With Love’ that really established the unique Barry ‘style’. He also emphasised the point that Barry was ‘very confident’ about what he wanted, and was always prepared to employ a wide range of sounds and cues. This continued throughout Barry’s time with the Bond movies. Barry had, for example, visited the set of ‘Diamonds Are Forever’ in Los Angeles, and was able to absorb the Vegas atmosphere so completely, which was reflected so skilfully in his casino music for the movie.

Both Arnold and Newman were also invited to talk about the general process, mechanics and challenges of composing for the James Bond movies, and responded to questions from the studio audience. In the process, Arnold, Newman and Burlingame were also asked to say something about the other ‘one-off’ Bond composers. David Arnold, at one point, defended the music of composer Eric Serra and the soundtrack to ‘Goldeneye’ (1995), music which had been criticised in some quarters at the time. Arnold said he personally liked it: it was ‘different’ and sometimes what seems ‘different’ usually fits in over time. Indeed, he said, sometimes films need something ‘that is a bit more experimental’, something that John Barry had also been very good at doing.

Interestingly, at another point in the conversation, Jon Burlingame revealed that the late composer Marvin Hamlisch had been ‘deeply frustrated’ that he was never asked back to do another Bond soundtrack, considering that the song ‘Nobody Does It Better’, which Hamlisch helped write and compose, had done so well in the music charts.

Another fascinating aspect to the programme, of course, was the presence of the latest Bond composer Thomas Newman, and extracts from his general film music work were played, including the award-winning main theme for ‘American Beauty’ (which had been directed by Sam Mendes). During the course of the radio programme, a few more details about his involvement with ‘Skyfall’ also emerged.

Newman said that he came over from America to London in mid-June, 2012, to work on the music for the movie, and it had been a lot of intense work. In fact, he had only just completed his work on the ‘Skyfall’ soundtrack a couple of days before the Classic FM programme was recorded! But he revealed that he had ‘really enjoyed working with English musicians’. Newman also talked about his close working relationship with director Sam Mendes. He said they both shared a ‘sense of style’ and what was right for each movie they had collaborated on. He added that Sam is ‘so specific’ and ‘meticulous’ about the music that he wants, and that had also been the case with the new James Bond movie.

Newman also told the Classic FM studio audience that he feels a great ‘sense of responsibility’ about his work for Bond ‘because of what has gone before’. But he emphasised that the Bond musical experience had been ‘amazing’, even if it had been a huge amount of work in a short space of time.