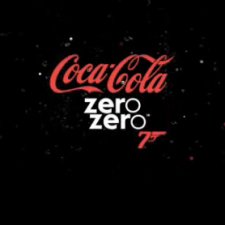 According to marketing trade insiders, there are strong indications that Coke Zero will be partnering the James Bond franchise again for ‘Skyfall’.

Marketing and branding sources have suggested that Coke Zero will be rekindling its partnership with the 007 franchise with a major advertising campaign designed to coincide with the release of ‘Skyfall’ this autumn. The new campaign is expected to be launched in September, 2012, just over a month before the cinema release of ‘Skyfall’ on October 26.

Bond fans will recall that Coca-Cola ran a ‘Zero Zero 7’ campaign for the previous James Bond movie ‘Quantum of Solace’ in 2008. As part of this, the company launched a global TV campaign in that year in a tie-up with Daniel Craig’s second Bond movie, using a glossy and well-directed video advert that deliberately used Bondian-style imagery. It also featured instrumental music by White Stripes frontman Jack White.

Coke Zero was specially re-branded ‘Zero Zero 7’ for the 2008 campaign, and this highly effective marketing strategy was developed for Coca-Cola company by the advertising agency Wieden and Kennedy.

The Globe is Not Enough

As we noted in the JBIFC’s July Newsletter, the general international marketing campaign for ‘Skyfall’ is expected to be another epic in the Bond tradition. The campaign has already been months in the planning.

A major poster campaign is in the pipeline, which will target billboards in large shopping streets and malls and, in London, the transport network in particular. As we know, parts of ‘Skyfall’ were shot on the London Underground network, and provide great tie-in advertising opportunities. As well as the ‘Skyfall’ teaser trailer, which was released on May 21, there will also be the usual product placement in the film, which is such a vital feature of financing major studio productions in today’s highly competitive movie industry.

Last April, for example, the famous Dutch drinks company Heineken agreed a promotional deal with the Bond franchise worth about £28million. The beer will feature at some point in ‘Skyfall’ and, as part of the deal, Daniel Craig will also appear on the packaging for the lager.

As greater numbers of people are spending time online, the Bond film-makers have also woken up to the tremendous value of online ‘viral campaigns’. The launch of the official James Bond website earlier this year in time for ‘Skyfall’ shows how the franchise is now putting much more energy into the ‘interactive’ and multi-media aspects of Bond film marketing.

In addition, ‘teaser’ articles on ‘Skyfall’ have also appeared in such movie magazines as ‘Total Film’ and ‘Empire’. Expect more to come. The fact that it is also the 50th Anniversary of the Bond movie franchise is also proving to be a key part of the marketing strategy for the new 007 film.