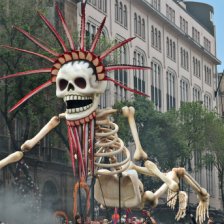 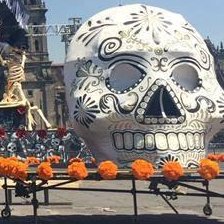 The latest issue of the American magazine Cinefex (no. 145, February, 2016), which celebrates the world of special and visual effects in movie-making, contains a detailed article on the production of Spectre.

The magazine, which is available in retail outlets on both sides of the Atlantic or via the Cinefex website, has an article entitled ‘Explosive Cocktail’. Written by Graham Edwards, the glossy and very informative 24-page Cinefex article is a must for all those 007 fans who are fascinated by the sheer hard work and imagination that is put into the creative and technical side of making a James Bond film, and there are numerous photos taken both on set and behind the main scenes during the production of Bond no. 24.

Featuring interviews with many of the members of the special and visual effects teams who worked on the film, Edwards’s fascinating article is accompanied by an excellent selection of full-colour behind-the-scenes photos and film frame clips, a number of them exclusive to Cinefex magazine.

As Edwards notes, the Bond producers – Barbara Broccoli and Michael G. Wilson – gathered around them a closely integrated team to bring Spectre to the screen. Having cut his teeth on the award-winning Skyfall, director Sam Mendes returned to helm his second James Bond movie and was ably helped in this formidable challenge by special effects supervisor Chris Corbould and visual effects supervisor Steve Begg. Dennis Gassner also reprised his role as production designer. A newcomer to the team was the acclaimed director of photography Hoyte van Hoytema.

In contrast to his predecessor Roger Deakins, van Hoytema opted to shoot Spectre on 35mm film using anamorphic lenses, and Steve Begg told Cinefex: ‘Hoyte was after a very cinematic, romantic look. That had to be reflected in the special effects’.

And it is more than clear that, as with previous 007 films in the series, the special effects team were crucial to what ended up on the big screen. The Cinefex article has discussion, for example, of how the main titles were developed, the seventh such titles with director Daniel Kleinman in command, including the thinking behind the use of the octopus symbol, and how this iconic representation became the sequence’s dominant image.

It then moves on to analyse the spectacular Mexican ‘Day of the Dead’ sequences, especially those parts which were shot on the Pinewood Studios backlot, and how this material was integrated into the footage shot on location in Mexico City. The article next goes on to describe the Rome car chase sequences and the extent to which Chris Corbould and his team worked closely with Aston Martin and Jaguar technicians. There is also detailed coverage of the Austrian snow and Moroccan desert sequences, with plenty of information on the pyrotechnics behind all this.

The final stages of the Cinefex article then turns its attention to the CNS (Centre for National Security) and MI6 HQ buildings, together with the final visual ‘look’ of Blofeld, all elements which form the climax to the Spectre storyline. Interestingly, the Cinefex article notes that the director, Sam Mendes, was keen for Blofeld’s appearance to reference the version of the character seen in You Only Live Twice (1967), and it explores how different versions of Blofeld’s damaged eye were tried out.

All in all, the latest edition of Cinefex maintains the very high standards seen in previous Bond-related coverage in the magazine, and is a must-have buy for serious 007 aficionados. You know the name, and you know the number. 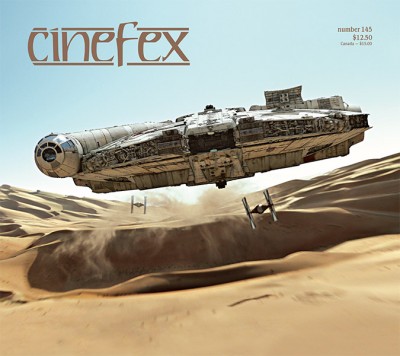