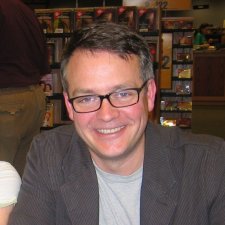 On Tuesday 23rd October, Charlie Higson (@monstroso) will be tweeting the plot of 12 Ian Fleming James Bond novels on Twitter, crafting each story into 140 characters.

Higson, author of the Young Bond series and of Fast Show fame, will take to Twitter to mark the 50th anniversary of the James Bond films and the imminent release of Skyfall by Tweeting Fleming’s original works.

The novels will be tweeted in chronological order, starting with Casino Royale, the first novel to feature Bond.

Bond is a hugely popular topic with Twitter users with over one million Bond-related Tweets appearing over the last month alone.

By tweeting the novels, Higson hopes to introduce a whole new audience to the books that started his love affair with Bond. Bringing fans from around the world together to share their passion for all things Bond and 007, Twitter gives fans the license to share the Bond content they love.

Higson will also host a live Q&A session over Twitter on the day between 1-2pm for Bond fans to ask him any questions they may have about Bond, the books, the films, the tweets, to questions about being a writer. Simply log on to Twitter and follow @monstroso and the hashtag #BondTweets to get involved.

Charlie Higson said: “Obviously I’m a massive Bond fan, so I relished the chance to be involved in this project.  It’s amazing to think that these books were published almost 60 years ago and I’m delighted to have had the chance tobring these amazing novels to life for a new audience via Twitter.

“I hope that, by describing the novels in 140 character Tweets, I have been able to give people enough of a flavour of Fleming’s original works to inspire them to go away and read the full versions, without giving too much away.

“Twitter is a great platform for connecting withpeople who share your passions.  When writing I used to spend a lot of time locked away in a room by myself with no one to talk to.  Twitter has changed that – I can now get instant feedback on things I’m working on as well as interact with people who inspire me or make me laugh on a daily basis which is exactly what I need when writing.”

David Black from the James Bond international Fan Club (@007fanclub) added: “Twitter’s activity with Charlie is a fantastic way of bringing the original books to a younger generation, many of whom many not realise that Bond was originally a literary sensation before becoming the film sensation he is today.”

Get involved
Bond lovers who are already on Twitter simply need to follow @monstroso to watch the action unfold from 7.30am onwards. You can also follow the hashtag #BondTweets to see what other Twitter users are saying and get involved in the live Q&A over Twitter between 1-2pm on the day.

If you’re not already signed up to Twitter, it couldn’t be easier. All you need to get started is an email address and a username – just head to www.twitter.com to sign up.