Charlie Higson reflects on 007 and the Cold War 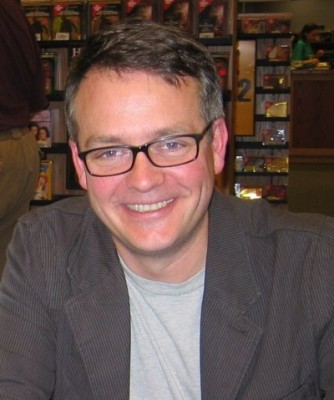 Young Bond author Charlie Higson gave a special talk on ‘James Bond and the Cold War’ on Thursday evening, 3rd October, and the JBIFC sent along a spy to listen to what was said.

The talk took place as part of the ‘Cold War’ season currently being held at the UK’s National Archives, Kew, in south-west London, and saw Higson entertain his audience with reflections on 007’s relationship to the key events of the Cold War 1945-1989, the impact of this real-life history on Bond creator Ian Fleming’s series of best-selling thrillers, and how some of this historical context also appeared in a number of the big-screen EON films.

At the same time, Higson, who is a comedy actor as well as a successful author, kept things suitably light-hearted and made some humorous observations on the public’s love of James Bond.

Higson started his talk by describing the history of the Fleming family, the humble origins of Ian Fleming’s grandfather, and the creation of the Fleming investment bank, which became hugely successful and made the family very wealthy. The audience were reminded that Fleming’s father was both a politician and a heroic figure during the First World War, who counted as his friends men such as Winston Churchill, but was tragically killed in battle.

This had a major impact on the two Fleming sons, Peter and Ian. But, while Peter was the ‘star’ of the family, and became a very successful travel writer in the 1930s, Ian was less successful and remained unsure of himself. He tried a number of career avenues, not all of them successful, until he settled on being a journalist. It was this life that suited him, and (under pressure for quick copy from editors) he developed excellent writing skills and his now famous punchy writing style.

However, it was Ian’s time in Naval Intelligence in World War Two that saw the future Bond author really find both a purpose and a role where he could employ his skills and quirky imagination. Ian Fleming loved being in Intelligence, and especially loved cooking up ‘schemes’, plans and and plots. He simply loved the idea of schemes, a number of which he was intimately involved with at the planning stage, such as ‘Operation Golden Eye’, designed to defend Gibraltar. He also invented a plan, which remained on paper only, to snatch a German Enigma coding machine, an idea that later influenced his introduction of such machines into the Bond books.

Fleming, of course, also became involved with wartime espionage and intelligence gathering in an even more direct way: the creation of 30AU, a special commando unit that was sent behind enemy lines, ahead of the main Allied forces, in order to snatch secret German equipment. This was often in a race against the forces of Communist Russia, which was equally keen to ‘lift’ and exploit Nazi technology. 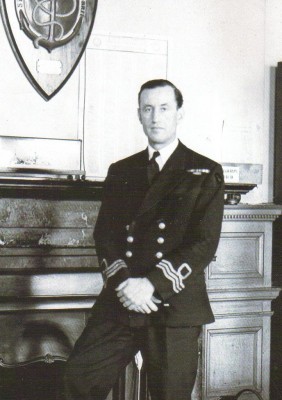 As Higson pointed out, Fleming knew a lot of the key members of 30AU and often debriefed them. In the process, he realised what a new and brutal world the War had created, and some of this was inevitably an influence on his later post-war James Bond books.

It may also have been the case that some of these men were an influence on the character of James Bond and, as well as characteristics from himself, the Bond author added some of the tough commando elements he had witnessed to the man who became 007.

At the end of the Second World War, as Higson noted, the new threat became Stalin’s Russia, and the globe saw the onset of a ‘Cold’ War, so-called because it never became a direct ‘Hot’ War between the superpowers, but was still a conflict which saw various wars by proxy and also a cultural/ideological struggle between East and West. And spy agencies and espionage blossomed during this tense and confrontational period.

After the War had ended in 1945, Fleming went back to journalism, travelled extensively, and often ate and drank at the best restaurants and clubs wherever he want. Much of this materialism and conspicuous consumption went into what became the James Bond books, giving the British public (still suffering from rationing) a glimpse of a colourful, glamorous and exotic world. No wonder readers lapped this up.

Significantly, though, as Higson pointed out, the new brutal reality of global politics also found its way into the 007 thrillers. In fact, Fleming was determined to create a different kind of character, one who was not a romanticised gentlemanly Buchan-style hero of old, but a modern secret agent who represented the new hard reality of the post-war Cold War. According to Higson, the early Bond books were embedded in this reality, and elements from real-world events were married to the fantasy world of Bond. This included the Cold War’s ‘ideological’ battle: James Bond, as Fleming created him, was the ultimate individualist, a man who fought against the authoritarian regimentation of Russian Communism. He was also an assassin, not merely a spy, a man who was prepared to meet brutal Communist techniques head-on in defence of ‘Little England’.

Higson told the audience that the first 3-4 James Bond books did not sell as well as Fleming had hoped (he was especially keen to break into the U.S. market in a big way) and, by the fifth book, Fleming was seriously thinking of killing Bond off. Fleming decided to have one last push to make the Bond books really take off; he put everything he could into From Russia With Love, including much about Russian espionage organisations, such as Smersh (‘Death to Spies’), much of which Fleming claimed was based in reality. However, experts knew much of this was (to use Higson’s term) ‘garbage’. 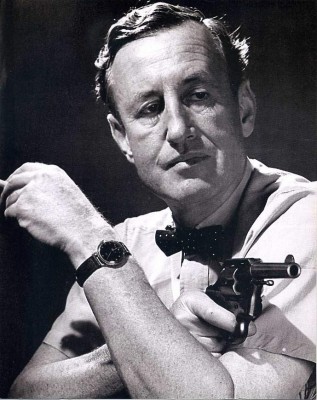 Yet, by that stage, it did not really matter. From Russia With Love was a big literary and publishing success, and really took off when U.S. President John F. Kennedy named it as one of his favourite books.

As far as Higson is concerned, From Russia With Love is indeed Fleming’s best book, and the Young Bond author was full of praise for the plot-line, characters and atmosphere created by Fleming in the book.

Interestingly, Higson argued that the reason why Fleming changed Bond’s main enemy from the Russian Communists to a private crime syndicate (Blofeld’s ‘Spectre’) in the late 1950s was that he thought (incorrectly, as it turned out) that the Cold War was about to end, and he did not want to stick with an old enemy and appear unfashionable, but was keen to create new antagonists for 007 and stay one step ahead.

However, the idea of the ‘Cold War’ still played a part in the later books and, moreover, was a definite presence in the films. Where the EON films differed, though, was that Russia was often not the enemy: there was even awareness of ‘detente’ between East and West in movies such as The Spy Who Loved Me and For Your Eyes Only, and a Communist zealot – General Orlov – became a rogue General in Octopussy, determined to cause a war between East and West, but brought to account by a fellow Russian, General Gogol. Moreover, rather than Russia being the cause of world tension, it was usually Blofeld and ‘Spectre’ that sought to create and benefit from war between East and West.

Towards the end of his talk, Higson noted that, of course, the Cold War did end in 1989, and Communism collapsed. He argued that, in his own way, James Bond did play a role in this collapse: ironically, Bond had functioned as a cultural weapon in the East/West ideological struggle. In fact, James Bond was the living embodiment of the ‘Western’ idea: Bond’s luxury image and his world of conspicuous consumption and materialist individualism had given non-Western audiences a powerful glimpse of what life was like in the West, and Eastern Bloc citizens had decided they preferred that world rather than the drab and grey existence offered to them by Soviet rule. Communism, in this sense, simply could not compete with the life-styles, goods and attractions tantalisingly on display in the Bond books and on the big screen.

All in all, together with the bonus of some great insights about Higson’s own initiation into the world of writing about James Bond (how he was selected for the job was worthy of a secret spy operation in itself!), the Young Bond author’s reflections on 007 and the Cold War made for a very entertaining evening.

After the talk, Charlie Higson did a book-signing session in the ground-floor bookshop and patiently answered questions from the evening’s attendees. Aptly, the table in the National Archives bookshop which displayed a range of Higson’s books and other Bond-related publications, also displayed a 007-style black trilby. Bond would be very pleased. 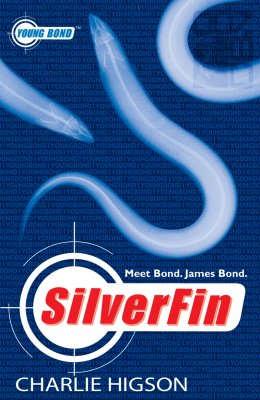