Boyle for Bond? British director apparently on list for no. 25

Some fascinating news has emerged that the award-winning British director Danny Boyle, who has helmed films such as Slumdog Millionaire and the two Trainspotting movies, is a possible candidate for directorial duties on Bond no. 25.

A report in the U.S. movie trade paper Variety has claimed that Boyle is a favourite of studio MGM: ‘Boyle has a keen interest in the project and has always wanted to direct a Bond film’.

This is not the first time, of course, that Boyle’s name has been linked to the Bond franchise. Moreover, Boyle has already had (in a sense) a taste of Bond directing duty when he helmed the special 007 mini-movie that prefaced the opening of the 2012 Olympic Games in London. This starred Daniel Craig and, in a surprise appearance, Queen Elizabeth II. Bond and the Queen were shown jumping from a helicopter over the main Olympic Stadium and apparently parachuting down into the arena! Interestingly, Boyle and Craig were said to have developed a good relationship and rapport during the brief filming of the sequence, which was partly shot at Buckingham Palace under a great deal of secrecy.

Boyle’s name may have emerged as a possible candidate for Bond 25 as part of the renewed bout of intense speculation that has broken out in recent weeks in light of the apparent decision of French-Canadian director Denis Villeneuve to opt out (Villeneuve was said to be the preferred choice of Daniel Craig). In addition, in some tie-in publicity for his appearance on an edition of BBC Radio-4’s Sunday morning music programme Desert Island Discs (broadcast in the UK on 18th February), the Batman and Dunkirk director Chris Nolan also firmly ruled himself out.

But what perhaps gives the latest report linking Boyle to Bond 25 some legs (so to speak) are further reports which claim that Boyle has been working on possible ideas for Bond 25 with his Trainspotting and T2 writer John Hodge.

None of this has been confirmed, though. And, if Boyle was indeed selected as director, quite where this would leave the Neal Purvis and Robert Wade version of the screenplay for Bond 25 (commissioned by EON) is an interesting question. It may be that certain executives in MGM are pushing EON for a decision, and have deliberately fanned the Boyle speculation, especially as the Bond 25 shooting schedule looms (after all, MGM are still aiming for a November, 2019, release date for Bond 25). 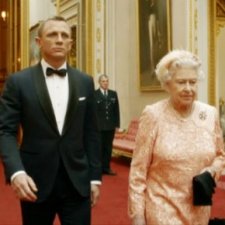