Boyd Praises the Genius of Fleming 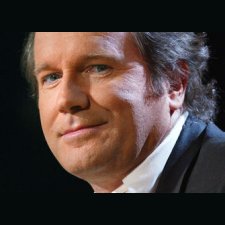 The new James Bond author William Boyd, interviewed on the opening day of the London Book Fair, praised the ‘genius’ of original 007 writer Ian Fleming and the way that the James Bond creator had given his fictional hero an ‘incredible richness’.

The London Book Fair (LBF), which saw the announcement of the title of the new 007 novel as Solo, also saw Boyd make a personal appearance at the event. Boyd was interviewed live on stage at the LBF by Erica Wagner, the literary editor of The Times newspaper, and spent an hour in conversation with her, from 11.30-12.30.

Boyd spoke in some detail about the background to his Bond book project. He revealed that he ‘was asked at the end of 2011’. He was approached by the Ian Fleming estate and, he said, replied ‘Yes instantly’. He also described how he had prepared for his immersion into the world of Fleming’s James Bond. He said that he re-read every Fleming Bond novel and short story in chronological order before he started writing his own 007 novel, and he noted that Ian Fleming ‘gives you a massive amount of information about Bond – his inner life, his back story, his education, his likes and dislikes, his phobias, and his passions’. This had led to Fleming’s Bond having, in Boyd’s view, an ‘incredible richness’ as a character. In fact, said Boyd, the literary Bond is ‘a far more complex and nuanced creature’ than the celluloid version.

Boyd also pointed out to Wagner that the James Bond of the Fleming books is not just a superhero, but has ‘flaws, he has weaknesses, he makes mistakes, yet he is incredibly tough’. The new Bond author said he believed that there is something ‘very well rounded’ about Fleming’s Bond, ‘and I think that was Fleming’s genius in a way’.

At one point in the interview, Boyd also said that he had told the Ian Fleming estate, when he was ‘interviewed’ for the job, that he was ‘interested in the man. The human being’, and that is what he has tried to bring out in Solo. In addition, Boyd emphasised to The Times interviewer that his version of a James Bond adventure will be ‘really gritty’, rooted in the real world of spying: ‘I wanted the novel to be very real. I’m not a fantasist or a magical realist. I couldn’t have written a silly novel. It had to be a down-to-earth, gritty novel’. At one stage in Solo, Bond will apparently witness in Africa some events that really took place on the continent in the 1960s.

Various media outlets in Britain have given a very positive reaction to the announcement about Solo, and to Boyd’s latest revelations about his new novel. The Times newspaper itself (April 16), perhaps unsurprisingly, led the field with a report entitled ‘Bond unchained as a dog of war with solo mission’.

The newspaper interpreted Boyd’s remarks as meaning that James Bond will cut his ties with the Secret Intelligence Service (MI6) and embark on a private mission in Africa and America.

The newspaper also noted that Boyd had revealed that he had sent Bond to Africa to deal with a specific historical event. In a nice bonus for readers, the newspaper also carried a short, but detailed, contribution from Bond and Fleming expert Ben Macintyre, who explored the various post-Fleming continuation authors and their novels.

The UK newspaper The Daily Telegraph (April 16) published a piece on ‘007’s African adventure’, by Victoria Ward, which also noted that the publication of the new novel will mark the 60th anniversary of Ian Fleming’s first Bond escapade, Casino Royale. Similarly, the UK’s Independent newspaper (April 16) reported on the LBF event and Boyd’s explanation of why he chose the title Solo.

The new James Bond novel will be published in the UK by Jonathan Cape, the original Ian Fleming publishers, in September, 2013.