Bond Theme to be Played near MI6 HQ 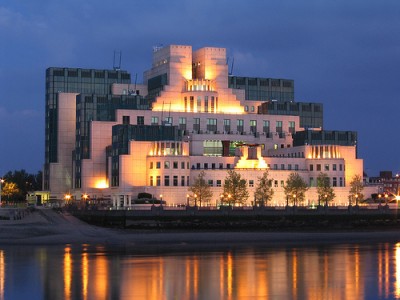 News has emerged of a plan by the London Philharmonic Orchestra (LPO) to play the world-famous James Bond theme tune as they pass by the MI6 Headquarters in a boat.

According to the UK’s ‘Sunday Times’ newspaper (April 22), a boat carrying the LPO will play the iconic Monty Norman theme tune as it passes the British Secret Service building during the upcoming Diamond Jubilee river pageant. The music will be one of 15 pieces, each designed to suit a particular location along the River Thames, which runs through the heart of London. The 80-minute journey will take place on June 3.

The newspaper notes that crowds of as many as 2m people have been forecast to line the banks of the Thames as the Queen’s barge proceeds down the river, which will be the highlight of a procession of about 1,000 boats. The 60 members of the LPO, who will sail on the Symphony barge as part of the procession, will perform along the river, and the music will be amplified by a special sound system.

David Parry, the LPO’s conductor, told the newspaper that the choice of the James Bond theme was ‘perfect, we thought, as the music we will be playing throughout is consciously there to stir people’. The LPO will start its journey at the Albert Bridge in West London.

The famous MI6 building, located near Vauxhall Bridge and sometimes called the ‘Wedding-cake’ by Londoners because of its distinctive design, was first seen in ‘Goldeneye’ in 1995. It also played a significant role in ‘The World Is Not Enough’ in 1999, and will be a key feature in Daniel Craig’s new James Bond movie ‘Skyfall’, which includes an explosion on Vauxhall Bridge.