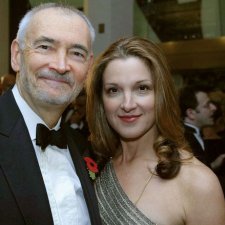 According to the UK’s Daily Mail newspaper (February 22), the EON Producers Barbara Broccoli and Michael G. Wilson will be joining 007 star Daniel Craig at the Oscars ceremony in Los Angeles this coming Sunday, in what promises to be a very special evening for the James Bond franchise.

As many Bond-watchers are aware, singer Adele will be performing her Oscar-nominated theme song to Skyfall live at Sunday’s glittering event, a song which has already received a Golden Globe award and a BAFTA award and, just this week, also picked up an award for ‘Best Song’ at the 2013 Brit Awards held on Wednesday evening (February 20) in East London.

As well as the eagerly anticipated performance by Adele, there will also be a special Bond-themed tribute sequence at the Oscars to help celebrate the recent 50th birthday of the 007 franchise. Moreover, it has now been confirmed that Dame Shirley Bassey will be singing live at the Oscars evening, and rumours are strong that singer Tom Jones will also be making an appearance.

As Bond fans know, Skyfall also picked up a ‘Best British Film’ award at the BAFTAs just over a week ago and, speaking to the Daily Mail‘s showbiz columnist Baz Bamigboye just before she left for LA, it was clear that Barbara Broccoli is still over the moon about the BAFTA award. She told Bamigboye it was such an honour for Skyfall to be awarded the ‘Best British Film’ award. She was particularly chuffed because, as she put it: ‘Britain is the home of Bond’, and ‘we really appreciate the support from both the film community, and the UK public’.

Broccoli added: ‘We’re now really looking forward to the Oscars and are touched they are organising a special sequence as a tribute to our 50th anniversary’.

According to Bamigboye, the song choice for Shirley Bassey’s performance on Sunday is being kept a closely-guarded secret, though there is some speculation that it might be a medley of her three Bond songs (Goldfinger, Diamonds Are Forever, and Moonraker). However, Bassey did comment to Bamigboye that: ‘It’s a dream come true to sing at the Oscars’. The award-winning Welsh singer has also spent the week rehearsing her spot.

As well as being nominated for an Oscar for its song, Skyfall is up for four other possible awards. The 85th Academy Awards ceremony will take place this Sunday, February 24, in the Dolby Theatre at the Hollywood and Highland Centre in Los Angeles, and will be beamed to millions of TV viewers around the globe.