Bond Producers Speak on Challenges Ahead 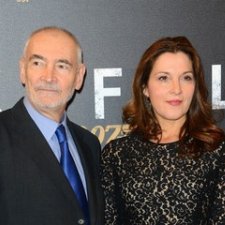 Speaking while promoting Daniel Craig’s new James Bond movie ‘Skyfall’ in the USA, Barbara Broccoli and Michael G. Wilson made some revealing comments about both the scheduling and creative challenges that arise from overseeing the hugely successful 007 franchise and trying to keep it ‘fresh’.

In an interview with Steven Zeitchik of the Los Angeles Times (November 14), the two 007 producers, reflecting on the new challenges created by the huge success of ‘Skyfall’, made it clear that they would not allow themselves to be governed by the timing pressures that often come from studio executives.

Barbara Broccoli said: ‘Sometimes there are external pressures from a studio who want you to make it in a certain time frame or for their own benefit, and sometimes we’ve given in to that. But following what we hope will be the tremendous success with Skyfall, we have to try to keep the deadlines within our own time limits and not cave in to external pressures’.

Michael Wilson, her EON co-producer, was also cautious about the future and indicated that they would wait before jumping into the production of another Bond movie too soon. Wilson commented: ‘We like Daniel, obviously, and we like the way he portrays the Bond character. Our challenge is to find situations that will feel different and fresh and new and put Daniel and that character into those situations. It’s daunting’.

Barbara Broccoli added: ‘With the excitement of the reaction to this film there is a sense of dread, like oh my God’. Her co-producer said he agreed: ‘After the critical reaction to this one you think, “How in the world are we going to top this?” I for one don’t have a clue yet how we’re going to do that’.

As many Bond fans know, the Los Angeles-based studio Metro-Goldwyn-Mayer, which effectively shares control of the Bond franchise with EON, saw two new Chief Executive Officers (CEOs), Gary Barber and Roger Birnbaum, take over as part of a radical restructuring plan for the studio agreed in late 2010. Moreover, paperwork issued with the rescue package as early as November, 2010, indicated that the new MGM bosses were very keen to get the Bond films back to the old two-year production cycle after the 23rd Bond movie was completed, something the new CEOs have re-stated subsequently.

Similarly, SONY (which co-financed ‘Skyfall’) have also stated that they are keen to get a Bond movie out every two years, and would like to see the next one appear in 2014. After the recent four-year gap between ‘Quantum of Solace’ and ‘Skyfall’ (which was caused by MGM’s financial difficulties), MGM’s new CEO’s saw the Bond franchise as an important part of placing the studio back on the road to financial stability, while SONY itself has also been experiencing some financial difficulties lately.

However, in the light of the recent comments by the two Bond producers, and in view of the fact that ‘Skyfall’ has been breaking new records in its worldwide ticket sales, it is significant to note that MGM boss Gary Barber appeared to adopt a more flexible approach to the production-cycle issue at an MGM investors conference held on November 15.

Barber told the conference participants that James Bond will be back as soon as possible and that the studio expected ‘Skyfall’ to gross more than $800m worldwide. He said that ‘Skyfall will be the biggest Bond of all time’, and, when asked if Bond 24 would be out in 2014, he responded: ‘We’re always hopeful on that’, and added that they would put their ‘best foot forward’ on a script for Bond 24. He continued: ‘If not in ’14, certainly in ’15’. It all depended, he said, on how long it takes to prepare and produce. Interestingly, at the start of the conference call, in pre-prepared remarks for the investors, Barber appeared to confirm that scriptwriter John Logan is working on the storylines for Bonds 24 and 25.

Meanwhile, a new report in the UK’s Sunday Times newspaper (November 18) has claimed that Bond star Daniel Craig, who has signed for two more Bond movies, is to receive more than $50m (£31m) for his appearance in the two new 007 adventures. As the newspaper noted, the deal places Daniel near the top of the Hollywood pay league. The report also noted that while SONY had cautiously predicted that ‘Skyfall’ would make £500m around the world, it ‘now seems almost certain it will be the first of the Bond franchise to break through the $1bn mark’.

Which all goes to show that James Bond is still very much forever.