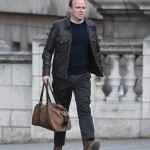 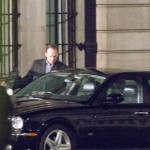 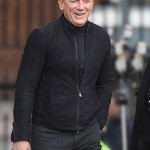 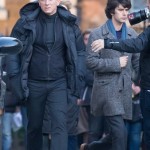 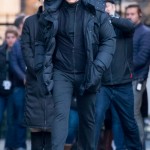 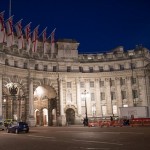 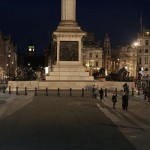 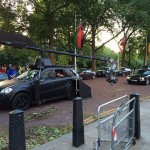 It was another golden high for 007 in the latest central London filming for SPECTRE, which took place on the evening of the last day of May, and saw none other than Admiral Nelson himself gazing down on the film-makers.

The JBIFC’s top operative was again in the area, and has delivered the following short briefing.

Following on from some new filming for SPECTRE which took place in central London on May 29 and 30, Sunday May 31 again saw the 007 crew in action in the heart of Westminster. And, this time, the surprise was even more complete: they took over Trafalgar Square!

The expansive Square, which – during peak daylight hours – can often see hundreds of tourists enjoying the fountains and the nearby National Gallery, is probably one of the most famous Squares in the world, and includes the iconic column of Naval Admiral Lord Horatio Nelson, hero of the Battle of Trafalgar. The Square also has the famous Admiralty Arch in one corner, which leads onto the Mall, a long and wide roadway which eventually takes motorists down to Buckingham Palace.

The remaining daylight hours of Sunday May 31 saw SPECTRE camera cars in action on the Mall and on nearby roadways, and during the after-dark hours water was sprayed onto roads near Admiralty Arch to give them the required ‘wet’ look (a feature also noticeable during the recent Westminster Bridge filming). Powerful spotlights were directed on to the Square and also on to Nelson’s column, and at one point a helicopter was used for the filming.

The Sunday filming activities also involved some key members of the cast, including Daniel Craig, Ralph Fiennes, Naomie Harris, Rory Kinnear, Ben Whishaw and Lea Seydoux. Late Sunday evening is a good choice for filming activities in the Square: the local Film Office had been very co-operative and the Bond film-makers were able to obtain permission to close off large sections of the Square, and also some ‘feed’ roads into the Square. At one stage some vehicles were filmed driving through Admiralty Arch.

Interestingly, according to new reports, the famous Drummonds Bank building, which sits next to Admiralty Arch and has notably impressive views of the main Square, is also being utilised for SPECTRE filming. The Bank, of course, is very familiar to Bond fans, as it was briefly the location for ‘Universal Exports’ in On Her Majesty’s Secret Service.

We understand that further SPECTRE filming in and around the Square is also in the pipeline.

The Naval connections of Trafalgar Square would certainly not be lost on Bond creator Ian Fleming. The 007 author, who served in the nearby Admiralty building located in Whitehall during World War Two, also gave his fictional creation James Bond a Naval Intelligence background. And, of course, the original ‘M’ in the Fleming books was also a former Naval Admiral.