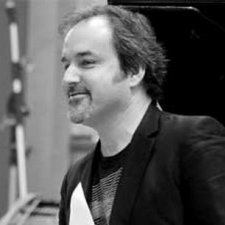 The Annual James Bond Day this year will include a special screening of (00)3 James Bond 007 adventures at the BFI (British Film Institute) in central London, together with some special guests to introduce the movies, including David Arnold (pictured).

The special day, which takes place on Sunday 29th September, 2019, will see the BFI host On Her Majesty’s Secret Service (with George Lazenby as 007), Moonraker (starring Roger Moore as Bond), and The World Is Not Enough (Pierce Brosnan’s third outing as 007) on the big screen, both to help celebrate the iconic work of EON producers Albert ‘Cubby’ Broccoli and Harry Saltzman and also the 007 franchise in general.

The three screenings at the BFI will be:

8.00pm: The World Is Not Enough: 20th Anniversary screening (with introduction by David Arnold).

In an additional exciting bonus for 007 fans, Aston Martin will also be displaying their new OHMSS Aston Martin DBS Superleggera Special Edition and also a heritage Aston Martin DBS, just outside the venue, in Theatre Avenue, from 12 noon to 6.00pm.

It seems doubly fitting that the special screenings will be at the BFI, which is located just beside the famous River Thames in central London, and which – of course – has been a location at various stages for some of the James Bond films. Key sequences were shot on the Thames, for example, for TWINE in 1999. Similarly, the River was used for a sequence in the last 007 movie, Spectre. Moreover, the now famous MI6 building, located just up the River at Vauxhall Bridge, featured briefly in Goldeneye, and in a more direct way in both Skyfall and Spectre.

Details of tickets for the day can be obtained from the BFI Box Office.

Westminster Bridge, located just up from the BFI (and which featured in the climax to Spectre) was also used briefly in Die Another Day, Pierce Brosnan’s final movie as James Bond. Just down a side-step area at one end of the Bridge, near what used to be County Hall, 007 is seen at one point in DAD furtively entering a secret doorway into a disused London underground station. This real-life doorway is in reality a small cleaner’s storeroom, but has become something of a photo opportunity for Bond fans and tourists who recognise it from the movie! 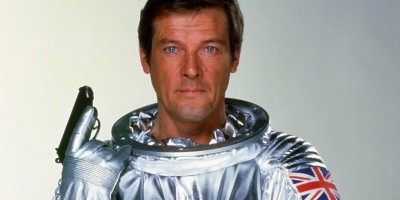