Danny Boyle will no longer be the director of Bond 25, which was due to start filming in early December. In a brief announcement released from EON this evening (Tuesday, August 21st) at around 6.10pm GMT, it was stated: ‘Michael G. Wilson, Barbara Broccoli and Daniel Craig today announced that due to creative differences Danny Boyle has decided to no longer direct Bond 25’.

There was no further detail offered. Many 007 fans have been very surprised at the announcement, while media outlets are already speculating about who might be chosen as a replacement director, especially at such short notice.

What will now happen to the script penned by Boyle’s close collaborator John Hodge is also unclear, but there are already suggestions that the original screenplay penned for Bond 25 by 007 screenwriting veterans Neal Purvis and Robert Wade could possibly be called back for duty. The immediate challenge for the EON producers, however, is to appoint a new director, and as quickly as possible.

This will be no easy task, of course, and may have an impact on the planned production schedule (the JBIFC understands that studio space had already been booked at Pinewood for December). Watch this site for any further dramatic news. And remember, whatever happens, Bond always lives to fight another day. 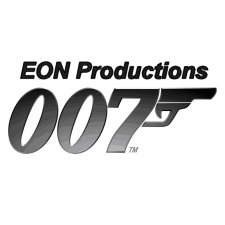