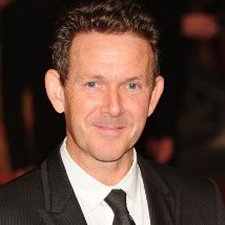 According to screenwriter John Logan, the first draft of the screenplay for Bond 24 is ‘almost done’. The popular British movie magazine Empire revealed this exciting news after they were able to interview Logan and tease out some details from him about the current state of play on the next 007 adventure.

As Empire noted, Logan was naturally reticent not to divulge too much information, but he did confirm a couple of details about the film’s progress. ‘Right now the first draft is almost done’, Logan said. ‘I’m terrifically excited about it! I’ve been working very closely with Sam (Mendes), and it’s been joyous to pick up from our work on Skyfall and just continue on with the storytelling. The new movie continues the themes of Skyfall. Some of the characters and themes that we began to introduce in Skyfall will play out, I hope successfully, in the next movie’.

Questioned by Empire on whether there might be, for example, the reappearance of the ‘Quantum’ organisation, Logan responded: ‘There might be! Honestly, not being evasive, but the great thing about Bond is that I have fifty years of movies – 23 movies and all the Ian Fleming novels and short stories, all of which are fodder. And when I’m working on the new Bond I’m constantly going back to Fleming and the other movies – what are bits and pieces, what are the resonances? One of the things we learned in Skyfall is that the audience really enjoyed those, they enjoyed when they saw the Aston Martin, they enjoyed when we had references to things they grew up with, either from Ian Fleming or from the other movies, and that’s always been a part of my thinking about Bond’.

The screenwriter also revealed to Empire that both Daniel Craig and Sam Mendes have been very involved with the story development process, together with Barbara Broccoli and Michael G. Wilson, the EON producers.

Cross-examined under a laser beam (!) about whether Blofeld could return, Logan responded: ‘No comment’. And when he was asked whether any other Double-O agents might appear, he said: ‘Ah… no comment!’

However, Logan did appear to confirm a recent statement made by Ralph Fiennes, the new ‘M’, that Bond 24 will commence shooting in October, 2014.  Logan was also, according to Empire, ‘giddily effusive’ about the new movie.

Logan said: ‘Working on Skyfall was the most enjoyable expirience I’ve ever had on a movie, ever. And I’ve done a lot of movies! And this is shaping up in much the same way, because it’s a loving, sensitive director who loves the material as much as I do, it’s producers and a studio who believe entirely in the story we’re telling and it’s leading actors who are a joy to write for. Honestly, because I’ve been working on both Skyfall and the new Bond simultaneously it’s been a really, exuberantly happy time in my life because what I’m actually writing currently brings me incredible joy’.

Finally, asked about the scale of the previous Bond, and whether the next will be as big, Logan responded: ‘You ain’t seen nothing yet!’

Logan’s comments to Empire, while naturally cautious in many ways, constitute the most detailed update so far on the next 007 film. And it sounds great!