Waltz speaks about his Blofeld role 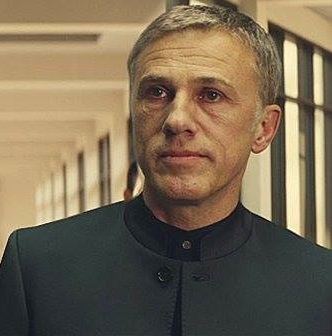 In a detailed interview given to The Times newspaper (January 16th) in the UK, the Oscar-winning actor Christoph Waltz, publicising his new sci-fi comedy Downsizing, was asked about his role as Ernst Stavro Blofeld in the last 007 movie Spectre.

He offered some further reflections on his interpretation of the iconic Bond villain, acknowledging that he was not completely happy with his interpretation of the part. As many 007 aficionados know, the screenplay of Spectre involved a plot-twist where Franz Oberhauser was revealed as Blofeld, and SPECTRE’s head tells 007 that he (Blofeld) has been the real author of Bond’s pain ever since the events portrayed in Casino Royale.

Waltz has spoken on a number of occasions about his time as Oberhauser/Blofeld. In September, 2016, for example, when reflecting critically on his own performance in the role, he commented: ‘I cannot claim that I’ve really nailed Blofeld. Overall, it held water and was O.K. But it wasn’t what I’ve been looking for. I was searching for more inspiration. An actor can only be really good when there are shared possibilities’. In a separate interview given around the same time, Waltz had also hinted that he had been disappointed not to get more guidance on the character from director Sam Mendes.

You Only Give Once

Despite rumours, it would appear that Waltz will only be allowed to give one performance as Blofeld, and will not get another bite at the iconic role. In 2017, speaking while on the red carpet at the Festa del Cinema di Roma on October 26th, the Austrian-German thespian, asked directly whether he would be coming back as Blofeld, told an Italian film news site: ‘No, I’m sorry. I’m really sad, but that’s the tradition, that there is a new name. Sorry. I would’ve liked to’.

In the new interview in The Times early this month, which was conducted by Kevin Maher, the subject of James Bond inevitably arose. The previous time Maher had interviewed the acclaimed actor, Waltz had just begun shooting Spectre. As far as Maher was concerned, in the final version of the movie Waltz’s Blofeld ‘was underused’ and the finished film was very ‘meh’ (uninspiring).

Sensing that Waltz knows this, Maher raised this issue with the actor. Waltz told Maher: ‘It was an incredible experience to be part of this postwar cultural phenomenon. Yet I can’t say that I was happy at every step of the process. I feel there are some loose ends with my engagement. And I’m not saying that I’m going to be in the next one. I’m not going to be in the next one. But let’s say, er, in terms of my feeling that I have sufficiently served a purpose, there are a few white blotches on that map for me, personally’.

He added: ‘I don’t want to be critical of something that doesn’t deserve to be criticised, so that’s why I’m being a little cryptic. There are just certain things I am unhappy with. I wish I would have gotten the opportunity to iron those glitches out’.

Waltz, who was born and raised in Vienna, comes from a family who were heavily involved in the theatre, and he himself went on to study at Vienna’s prestigious University of Music and the Performing Arts in the mid-1970s. In terms of his TV and film career, it was his appearance as the nasty Colonel Hans Lander in Quentin Tarantino’s Inglorious Basterds in 2009 that really made Hollywood sit up and take notice. This occurred at a relatively late stage in his career, when he was aged 53. Since then he has taken on a variety of roles, and the offers continue to flow in, but he revealed to The Times that he is full of ‘frustrated energy’, and wishes he started directing 20 years ago (his directorial debut, Georgetown, is out this year).

For those Bond fans who are deeply interested in the history of Ian Fleming’s arch-villain Ernst Stavro Blofeld on the cinema screen, a new article by Sweden’s 007 superfan Anders Frejdh is a ‘must read’. With the kind permission of the UK’s Cinema and Television Benevolent Fund (CTBF), Anders has been able to update and publish a fascinating interview with veteran British movie Prop man Tony Teiger, who worked at Pinewood in the 1960s, including on the EON James Bond series.

When he was working as the Stand-by Prop man on the set of You Only Live Twice (1967) at Pinewood, Tony found himself being approached by the producers and some others who asked him whether he would do them a special ‘favour’. He agreed, and it turned out that they wanted him to undergo some make-up tests for the role that Donald Pleasance would play – none other than Ernst Stavro Blofeld! Tony was taken over to Make-up, had his head shaved, and various versions of the ‘damage’ to Blofeld’s face were tested on Tony. And, of course, test photos of him – made up as Blofeld – were also taken.

So, in a sense, Tony Teiger’s big claim to fame is that he was the first ‘visual’ representation of Blofeld on screen. It’s a great story. You can read more at the excellent website run by Anders: 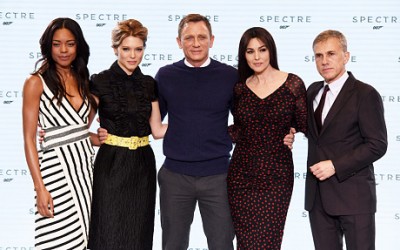