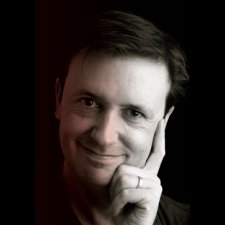 The cover design and title for the new Young Bond adventure will be revealed by author Steve Cole at a special event sponsored by the publishers at the Hay Festival of Literature and the Arts on Wednesday, 28 May, 2014 (Ian Fleming’s birthday).

This is the first book in the popular series by Steve Cole, who has taken over from Charlie Higson, and Higson will be joining his successor at the special reveal event. We understand that the new story by Cole is set in 1930s Hollywood, and will contain a large amount of action. It will also pick up from where Higson’s last one, By Royal Command (2008), left off.

Charlie Higson, who originally launched the series and penned five Young Bond stories, will officially hand over the series to Steve on the day, who will then reveal the cover and title for his new book. Penguin Random House UK, who will publish the new book in November, 2014, have also launched  an official Young Bond Facebook page to help publicise the exciting new entry in the best-selling series, and have also promised a ‘big surprise’ on the launch day itself.

Cole has previously authored several Dr. Who novels and other work for children, and is also a lifelong fan of Ian Fleming’s James Bond novels. Back in September, 2013, when he was first announced as the author chosen to continue the series, Cole said: ‘I first encountered Bond in print as a teenager, when I read From A View To A Kill. Fleming’s writing was so vivid and authentic, Bond and the world he inhabited seemed suddenly real to me – and the danger and glamour led me through book after book’.

Cole also commented that it was both ‘a thrilling privilege and an exciting challenge’ to now be shaping a new era in the life of such an iconic character.

The Hay Literary Festival is an annual event held in Hay-on-Wye, a small town on the English/Welsh borders, which is known as the ‘town of books’, and contains nearly 30 second-hand bookshops, including one located in an old cinema.

Did You Know? Previous Bond-related authors who have spoken at the Hay event, which is attended by thousands of visitors, have included Charlie Higson, Sebastian Faulks and William Boyd.