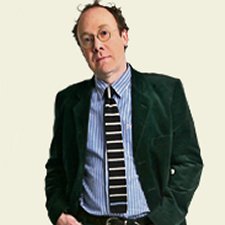 The historian and James Bond expert Ben Macintyre, writing in the UK’s newspaper The Times, has offered his thoughts on what he thinks the latest 007 adventure ‘Skyfall’ says about Bond and Britain today.

Macintyre penned his article for The Times on November 2, entitled ‘007’s Latest Mission: Restoring Britain’s Pride’, and some of his ideas are similar to the recent appraisal of ‘Skyfall’ and the Bond franchise written by another British historian, Simon Schama, for Newsweek magazine.

In his own piece for The Times, Macintyre argued that, after 50 years and 23 films, the James Bond franchise has achieved mission impossible: it has single-handedly made Britain ‘feel good about growing old’, and has answered the question first posed by Ian Fleming back in 1953: how do you maintain British pride in a declining nation?

Macintyre believes that ‘Skyfall’ is all about the past and its relationship with the present: ‘It is about ageing robustly, as characters and as a country’. He added: ‘It is the perfect pop culture testament to Britain’s new-found post-imperial confidence’, and Daniel Craig’s 007 is ‘comfortable in his own scarred skin like no 007 before him. His stubble is greying. He can’t shoot straight, but he knows what to do…’.

Macintyre continued: ‘This Bond knows perfectly well that he is not in his prime, that Britain is vulnerable, but 007 is still striving, seeking, finding and not yielding’.

According to Macintyre, Fleming originally invented James Bond as an answer to a country in decline, ‘a nation that had emerged from war victorious, but limping badly’. He created Bond as a ‘counterweight’ to national insecurity about Britain’s role in the world, and it became a fantasy increasingly divorced from reality. This was also reflected in the Bond movies.

But, for Macintyre, the James Bond of ‘Skyfall’ represents a real Britain that has finally come to terms with what it now is: ‘stylish still, but a bit knackered; proud, but without the hubris’. He concluded his article: ‘Something rather unexpected has happened to James Bond, and to Britain: both have become believable, secure in both our past and our present’.

Macintyre’s previous publications have included For Your Eyes Only: Ian Fleming and James Bond, the official book which accompanied the Ian Fleming Centenary Exhibition at the Imperial War Museum in London in 2008-2009. He has also written studies of true-life espionage in World War Two, such as the best-selling Operation Mincemeat.