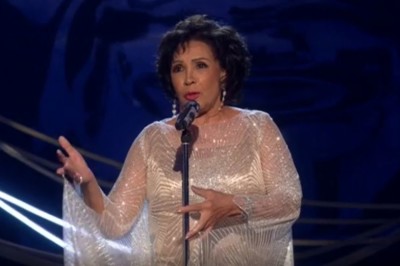 The red-carpet event, presented by Australian comedian Rebel Wilson (complete with a tattoo of Daniel Craig on her leg), saw stars from across the film industry in attendance as they celebrated the past year in cinema.

And 007 was a big presence at the event, as a 60th birthday compilation of James Bond movie clips was screened at the very start of the ceremony in the hall. This was then immediately followed by Dame Shirley, who gave a rousing rendition live on stage of the classic theme song from Diamonds Are Forever, much to the delight and acclaim of the audience. As she sang, clips of the Bond movies could be seen on two high screens in the background, showing the famous Bond gunbarrel and with clips of all the actors who have played 007 in the last 60 years. Dame Shirley, who is an incredible 85-years young, impressed the audience with the strength of her famous voice and ability to hit and hold the high notes even today. What a dame!

It was a great tribute to the 007 franchise and a very fitting way to celebrate the 60th birthday of EON’s fantastically successful big screen version of Ian Fleming’s iconic creation. As well as various Bond stars being present in the audience, such as Lea Seydoux and Lashana Lynch, the latest Bond movie No Time To Die won two prizes, including the EE Rising Star Award for Lashana Lynch. Daniel Craig’s final movie as James Bond was also included in a special compilation of clips of the past year’s films, which ended (appropriately) on a shot of Craig’s 007 looking up at the sky as he awaits his fate.

Look out for plenty more Bond-related news in 2022, as the extra-special 60th birthday of 007 is deservedly celebrated in a variety of ways as British cinema’s most successful series of continous films. You know the name, and you know the number. 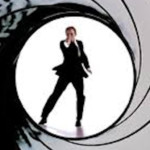