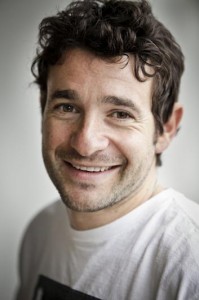 Bart for Bond? In our last Bond 25 news update, the JBIFC noted that the award-winning British TV director and documentary maker Bart Layton is one of the possible contenders for the currently vacant director’s seat on the next 007 adventure, having caught the interest of the EON producers.

Other names being mentioned by industry insiders have also included Yann Demange and S.J. Clarkson.

Intriguingly, Layton has now confirmed that he has been having talks with the producers concerning Bond 25. In an interview for talkRADIO, he revealed: ‘I am in discussions about it. There’s nothing more concrete. It’s very flattering to be put in the mix for something like that, and – of course – we’ve all grown up watching Bond with our dads and stuff like that. Well, a lot of us have. I probably have got bitten by the bug of action film-making and all of the magic that comes with it’.

Asked who his favourite Bond was, Layton responded: ‘I mean, obviously my Bond was Roger Moore and when you’re a kid that’s your Bond. You don’t really think about whether he’s the best Bond. He’s your guy’. He also pointed fondly to the scene with the underwater Lotus in The Spy Who Loved Me as a high point, but also said as he grew up he came to appreciate there were other better scenes in the series. The director, whose film The Imposter (2012) garnered wide acclaim, has also reinforced his growing reputation recently with the movie American Animals (2018).

Meanwhile, in another piece of (perhaps more reliable) Bond 25 news, the Daily Mail’s showbiz writer Baz Bamigboye revealed in his column on September 14th that 007 producer Barbara Broccoli has been in Los Angeles talking to candidates who might take over the directing duties.

Moreover, despite the withdrawal of director Danny Boyle and his screenwriter John Hodge, ‘things are moving on the script front’. The veteran James Bond screenwriters Neal Purvis and Robert Wade, who were originally hired to write the treatment for Bond 25, have had their ‘licence renewed’ (so to speak). According to an un-named Hollywood executive quoted by Bamigboye: ‘The Purvis and Wade treatment they wrote earlier was already signed off before the bromance with Danny Boyle and John Hodge began’, and now the duo will develop their treatment into a script.

Appropriately, the talented pair will be working on their (00)seventh James Bond movie (their first one was The World is Not Enough back in 1999). Watch this site for further news as it happens. You know the name, and you know the number.

Purvis and Wade back on Bond 25