B25’s villain Safin: what can we expect? 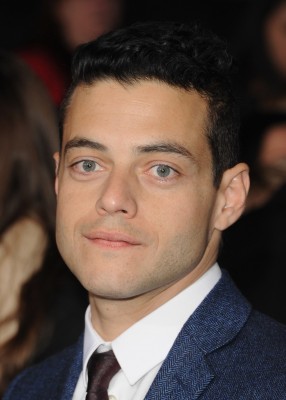 We’ve been expecting you, Mr. Safin. What can 007 fans expect from Rami Malek’s villain in the new James Bond film, No Time To Die?

Although Rami has been naturally very reluctant to give anything away about Safin, a careful perusal of what he has said over the last year, plus comments from others involved in the production, can provide us with some intriguing clues about how he has approached his character and what type of villain he will be. In July, 2019, for example, the UK’s press carried a number of statements made by the actor when he was in New York, promoting his TV series Mr. Robot. Similarly, in interviews he gave shortly after main filming on the new Bond movie was completed, some further insights could be discerned from the few morsels Malek told journalists.

The JBIFC takes the opportunity to reflect on Malek’s comments on his involvement with the 007 franchise, and how he will possibly approach his B25 baddie.

001: Early in the B25 production cycle, Malek revealed that, when he was asked to play the main villain in Daniel Craig’s fifth Bond movie, he had to think twice before he actually accepted the role. This was because he simply wanted an assurance from director Cary Fukunaga that the villain he would play would not simply be a stereotypical religious fundamentalist or an Arab-speaking terrorist.

002: The 38-year old actor also commented on the role: ‘It’s a great character and I am very excited’. He explained: ‘It’s another extremely clever script from the people who have figured out exactly what people want in those movies’. On the question of his sense of responsibility in taking on the role, Malek said that he felt ‘a substantial weight on my shoulders. I mean, Bond is something that we all grow up with’. He added: ‘I’m thrilled to be working with Daniel’.

003: The plot motivation for the main baddie’s villainy in No Time To Die has been kept well under wraps by EON, and also by Malek himself, although there have been some tantalising hints that abuse of genetics will be a key element in the storyline (indeed, one of the tasks of writer Phoebe Waller-Bridge in her dialogue work on the B25 screenplay was to apparently make the complexities of genetic science a bit more accessible to cinema audiences).

004: Interestingly, in January this year, Malek was reported to have heaped praise on Waller-Bridge for ‘transforming’ his Bond villain character. The Oscar-winning actor said Waller-Bridge had exerted a big ‘impact on what I was doing’. He added: ‘We know her as a witty, funny writer but she’s got a knack for drama and tension as well’.

005: Like Malek, Cary Fukunaga has been tight-lipped about Safin, but did reveal at one point: ‘He’s someone who’s lived in the shadows. Waiting for the right moment to take the position he thinks is his rightful position: running the underworld’.  Like all good traditional Bond villains, Safin is clearly hugely ambitious in his vision. At one stage, Craig’s 007 tells him: ‘History isn’t kind to men who play God’.

006: On the other hand, Rami Malek has stated on a number of occasions that he did not want to be a ‘traditional’ type of Bond villain; he sought a new angle, seeking to become a baddie who represents a new type of threat. As Barbara Broccoli told the December, 2019, issue of Empire magazine, ‘He is really the supervillain. He’s the one that really gets under Bond’s skin. He’s a nasty piece of work’.

007: Possibly another good clue or two as to what we can expect with the character Safin came in a profile of Rami Malek in the February, 2020, issue of Empire magazine, where he said: ‘I think he is unlike any villain I’ve seen in these films before. I hope I can say that. There’s a real eeriness to him. Daniel says “misunderstood”. But I would say this: he’s ruthless, and perhaps he’s a product of some other type of ruthlessness’. While he conceded that he had ‘pocketed’ some things from his favourite past villains in the franchise, Malek added: ‘But I tried to every day imbue this character with something I thought made sense for the character, but might also at the same time be shocking and unnerving’.

Malek then stated: ‘He is a radical human being. Let’s say that’. Sounds good to us, in a nicely ‘bad’ way! Watch this space for further Bond news as it develops. You know the name, and you know the number.